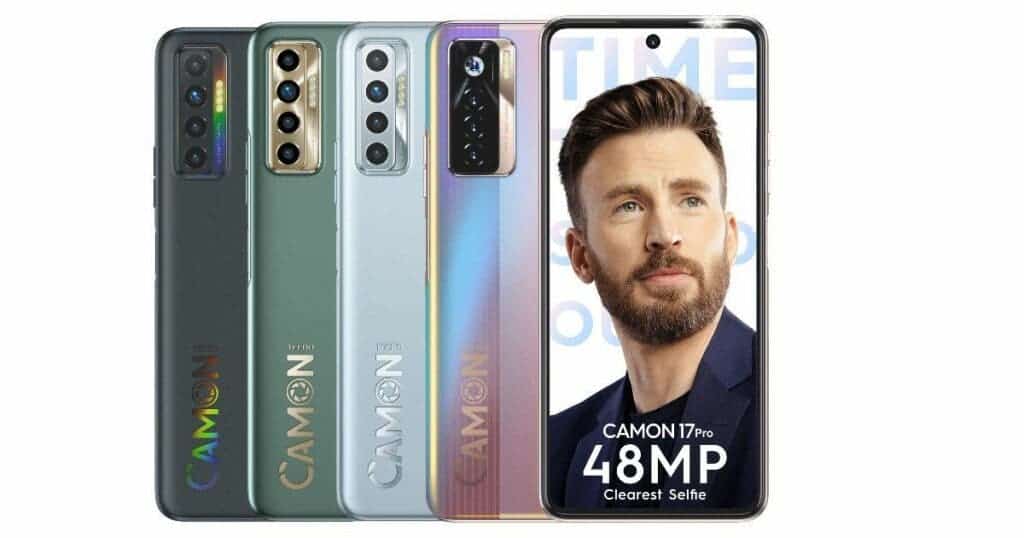 The Tecno Camon 17 flaunts a 6.8-inch Full HD+ IPS LCD with a screen resolution of 2,460 x 1,080 pixels. It also has 500 nits brightness and a 90Hz refresh rate with a 180 Hz touch response rate. Under the smartphone carries the MediaTek Helio G85 chipset paired with 6 GB of RAM and 128 GB of Internal Storage. You can also expand the storage up to 256 GB via a microSD card.

The handset packs a Quad-Rear Camera with a combination of a 64 MP primary camera, an 8MP wide-angle sensor, and two 2 MP shooters along with quad-LED flash. For the front, there is a 16 MP AI selfie camera with f/2.0 aperture and dual flash. Furthermore, the phone has a TAIVOS AI Chip that helps to enhance the low-light photographs. 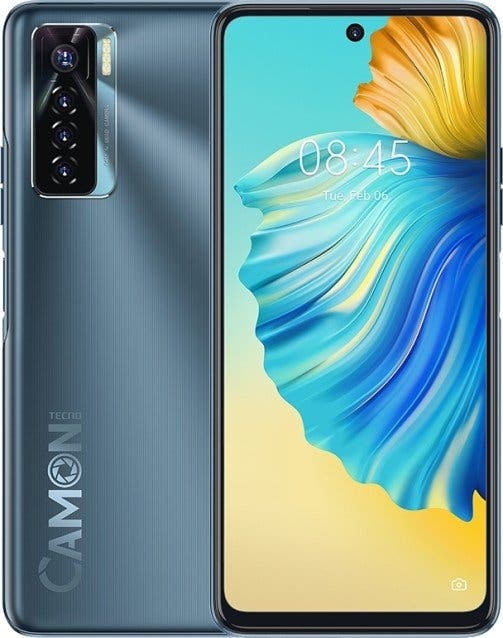 The Tecno Camon 17 draws power from a 5,000mAh battery and comes with an 18 W Fast-charger. The device runs on HiOS v7.6 which is base on Android 11 and comes with Game Turbo 2.0. Other features include stereo speakers powered by Dirac and an anti-theft alarm. The device also has 4G VoLTE, Wi-Fi, Bluetooth 5.00, GPS, GNSS, dual-SIM, and USB Type-C port.

In terms of specifications, the Tecno Camon 17 Pro features a 6.8-inch Full HD+ IPS LCD with the very same resolution of 2,460 x 1,080 pixels. This variant also offers a 90 Hz refresh rate and 180 Hz touch response rate. Under the hood, the smartphone packs an Octa-Core MediaTek Helio G95 processor along with a Mali-G76 GPU. The phone is paired with 8 GB of RAM and 128 GB of Internal Storage.

In terms of optics, the handset is equipped with a quad-camera setup. It comprises a 64 MP primary camera, an 8 MP wide-angle sensor, and two 2 MP shooters along with a quad-LED flash. For the front, the handset has a 48 MP AI Selfie camera with f/2.2 aperture and dual flash. Moreover, the handset comes with a special TAIVOS AI chip that helps to enhance the low-light photographs. It also comes with Movie Master, 4K 0 FPS Clear Recording, Portrait Night Scene Video, and AI Smart Selfies.

The Pro variant draws power from a 5,000mAh battery with a 33W fast-charger. It runs Android 11-based HiOS 7.6 and also offers Stereo Speakers tuned by Dirac. Other specs are similar to the vanilla Camon 17.