After receiving a new build on July 22nd, Windows 11 Insider Preview is now receiving another update with version 22000.100 on the Beta channel. The new version brings several bug fixes and also introduces some changes to the Windows 11 interface that you can check out right now.

The first new feature is that it is no longer necessary to use Windows Insider on the Dev Channel to test Windows 11 firsthand. The version is now available on the Beta Channel, which is a little more stable. However, only Dev users will receive Teams chats for now. Another change already seen in the previous version that has now been improved is the menu with hidden icons, which has a look that matches the rest of the system. It is now also possible to access the Focus Assistant directly from the notifications area, which makes a lot more sense than going into Settings to enable this function.

The taskbar will now also have a bookmark in apps that have unread notifications. As you can see below, the icon will be slightly orange to emphasize that the app needs attention. The notification area calendar will now automatically reduce its size when you click on another item, freeing up more space for other interactions. Speaking of visual effects, the Microsoft Store is also getting new animations. 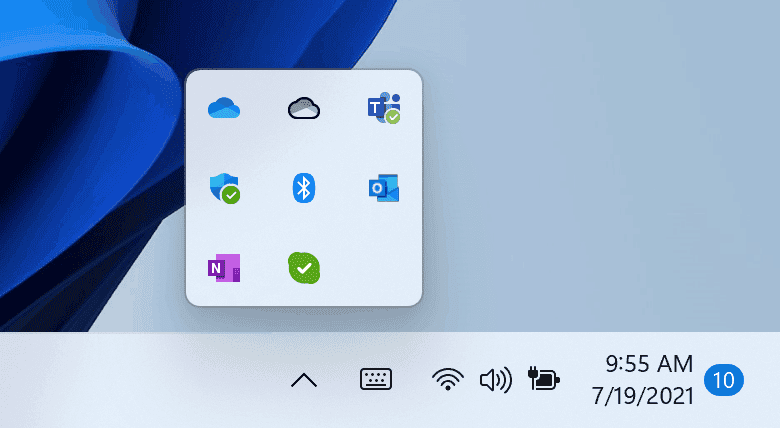 In addition to these new features, the build also brings fixes to the notifications area, Windows Explorer, taskbar, the Settings app, and even Widgets. To check the complete list of changes, go to this link for Windows Blog. 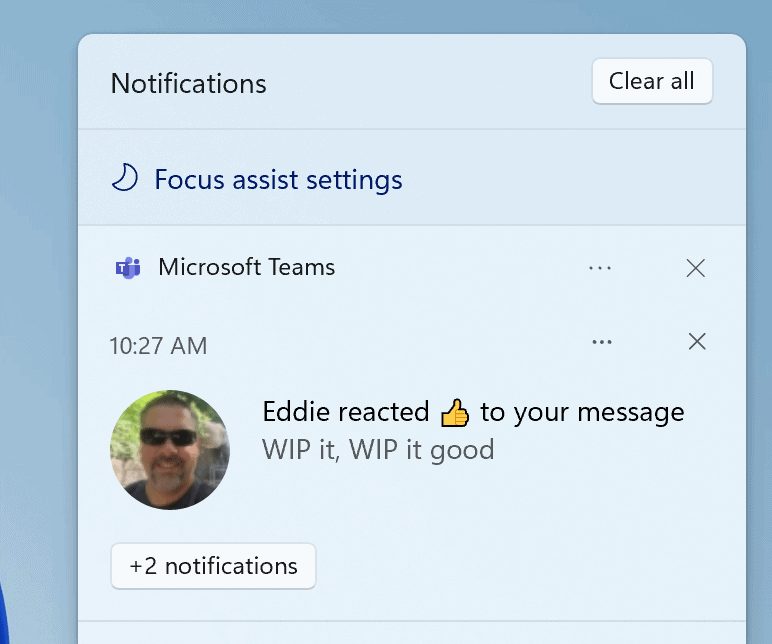 Worth noting that this update will also come with several new bugs and issues. After all, Windows 11 is still under testing. Therefore, there’s a good reason for it to be only available for users in a strict channel. Of course, the issues will be addressed in a future update. Still, it’s not recommended for everyday usage, at least not yet.

Windows 11 may not be a massive update for those who come for Windows 10. However, the OS update brings some nice add-ons such as support for Android apps. So far, this support has not been seen by users in the Dev channel. We assume that it will eventually come through a future update. Perhaps, one update that comes a short time before official release. Microsoft is giving a bold step by introducing support for Android applications. We’re yet to see if Google will do something to prevent its own applications from working on a Windows system.