August will be the month of the premiere of the Honor X20 and it has now become known that it will be presented on August 12th. The company officially announced this today by releasing a teaser with an invitation to the presentation. In addition to the date of the event, Honor also showed how the new product will look and named a number of its key characteristics.

The images of the Honor X20 show us that the connection with Huawei is still strong and can be seen in the design of the smartphone. We were shown a device that looks similar to the Huawei Nova 8i. Unless there are fewer image sensors and an LED flash was added in place of one of them. 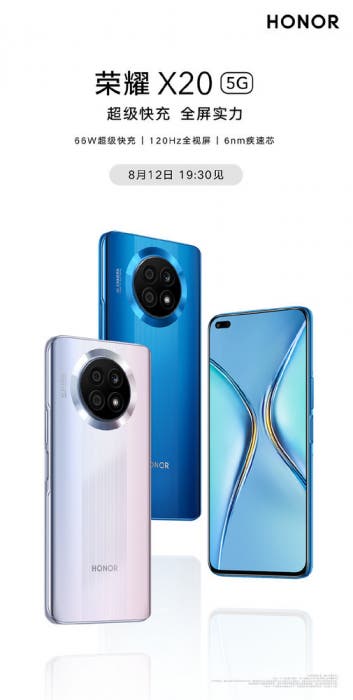 It will be a smartphone with a thin bezel display with a small “chin”. The screen has an oval hole for the front camera and it has two image sensors, which is directly indicated on the promo poster. The main camera block is made in the design of the Huawei Mate 30 module and includes three sensors, the characteristics of which are unknown.

The promo poster for Honor X20 indicates that it will receive a display with a refresh rate of 120 Hz, a triple rear camera and a fingerprint scanner on the side. Among the features of the device, it will have a 6-nanometer technology chip. It will be a Dimensity 900 processor that has eight processing cores and a Mali-G68 MC4 graphics chip. We will find out more about the Honor X20 next week. 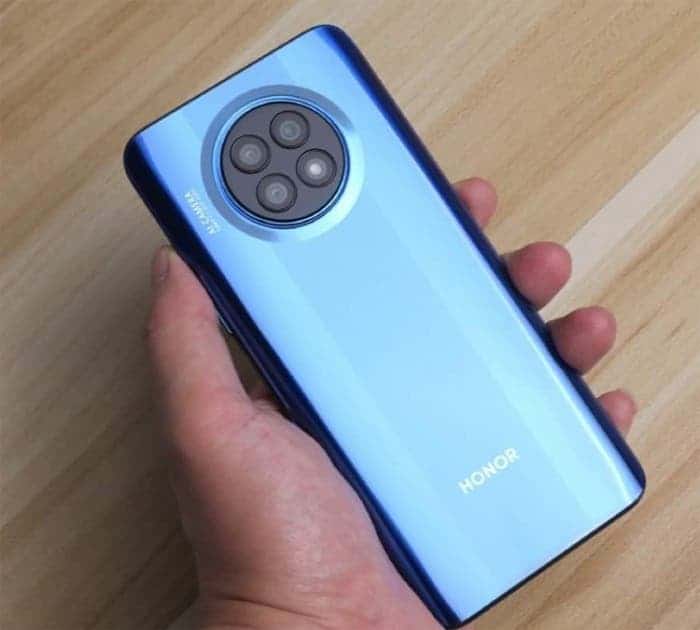 On August 12, at a global virtual presentation, the Honor brand will also announce smartphones of the Magic 3 family. Honor CEO Zhao Ming recently showed one of the devices in the series.

The device has a giant camera unit. It combines five optical modules with image sensors and a flash. The system will include a 50MP sensor, three 64MP units and a ToF module for scene depth information. The smartphone will receive a number of advanced intelligent features. In the front, there will be a dual camera for selfies and video telephony.

According to rumors, the series will include four models. The basic version of Magic 3, as well as modifications of Magic 3 SE, Magic 3 Pro and Magic 3 Pro +. The older variants will receive the flagship Qualcomm Snapdragon 888 Plus processor; with a clock speed of up to 3.0 GHz and an integrated 5G modem.

The basic version will include a 6.76-inch display with a resolution of 2772 × 1344 pixels. Obviously, the technology of fast battery charging will be implemented; but we do not know the power of the system yet.