Back in the last month, Realme introduces an intriguing entry-level smartphone in Vietnam dubbed Realme C21Y. The device brings most of the features available on accessible Realme smartphones such as a big display and a huge battery. The big surprise here is the presence of a Unisoc T610 Octa-Core chipset. Realme has been partnering with MediaTek or Qualcomm for most of its devices, but for this particular device, it’s trying new horizons with Unisoc. The Chinese chipmaker is growing in popularity recently and arriving on important devices as a Realme smartphone can only help them. Coming back to the point, the Realme C21Y will try its luck in the Indian market on August 23.

The new Realme C21Y flaunts a 6.5-inch IPS LCD screen offering an HD+ resolution with 1,600 x 720 pixels. The display offers modest 400 nits peak brightness and unfortunately, it is capped at a 60 Hz refresh rate. The screen also offers an 88.7% screen-to-body ratio. Under the hood, the handset carries the Octa-Core Unisoc T610 SoC. For those unaware, this chipset brings two ARM Cortex-A75 cores and four ARM Cortex-A55 cores. The GPU is the Mali-G57 MC2. As you can see, this chipset has nearly the same specifications as an Helio G80 from MediaTek. So users familiar with this platform will experience a similar performance. Further, the device comes in variants with 3 GB of RAM and 32 GB of Internal Storage, and 4 GB of RAM with 64 GB of Internal Storage. You can expand the storage amount using a micro SD card slot.

In terms of optics, the Realme C21Y has a triple-camera setup. It consists of a primary 13 MP snapper, a 2 MP black and white sensor, and a 2 MP macro snapper. Despite, the non-impressive 13 MP resolution, this module has PDAF and Super Nightscape Mode Feature. Moving around to the front, the handset features a 5 MP selfie snapper. It sits on a waterdrop notch. 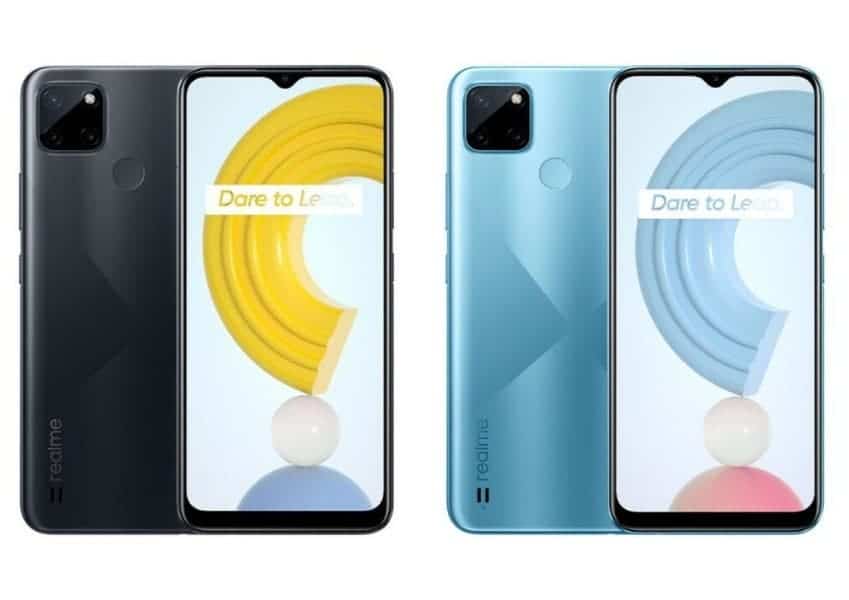 For connectivity, the device offers dual-SIM support, 4G LTE, Wi-Fi 802.11 b/g/n/ac, Bluetooth 5.0, GPS, 3.5mm headphone jack, and micro USB port.  Yes, the device comes with an archaic micro USB port and we can take this as its biggest downside that pushes it some years back in time. After all, even low-end smartphones are coming with USB C ports nowadays. Anyway, the device draws powers from a 5,000 mAh battery and has 164.5x76x9.1mm dimensions with 200 grams of weight.

The device runs Android 11 straight out of the box with Realme UI 2.0 running on top.

Next Redmi 10 Prime will be launched in India soon