Back in January this year; the Korean company Samsung Electronics announced its intention to build a second facility in the United States; which would focus on serving third-party customers. Territories in three states were considered as the construction site; but the representatives of Texas are convinced that the choice will be made in favor of Williamson County.

According to Reuters, District Judge Bill Gravell expresses similar optimism. In his opinion, Samsung is already ready to make a final decision, further acting quickly and actively. The company is ready to allocate $ 17 billion for the construction of a new enterprise; and it will begin work at the end of 2024. Bill Gravell was in negotiations with Samsung representatives; they repeatedly visited Williamson County; which is several tens of kilometers away from the existing Samsung enterprise in the vicinity of Austin.

According to the official, the builders have already begun to conduct surveys at the site allocated for the new enterprise. Over the past eight months, local authorities have made every effort to attract Samsung representatives to this land. The tax deductions offered to the Korean company only in the first ten years of the company’s operation will save at least $ 314 million. The Korean side will maintain a certain pace of construction; and create about 1,800 jobs as a result. 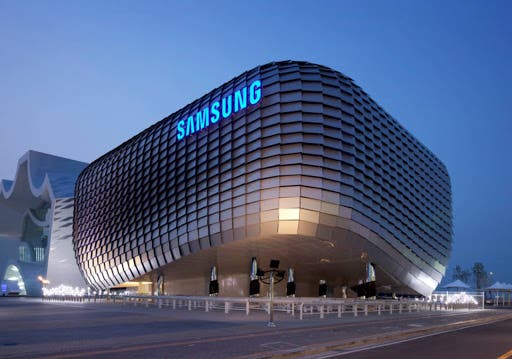 Samsung and Key Foundry are set to raise prices for contract manufacturing of semiconductor chips in the second half of this year, South Korean publication TheElec reported. Both companies have already notified their clients that they are going to increase the cost of their services by 15-20%.

Some of the clients have already agreed to the new terms and signed the corresponding contracts, writes TheElec, citing sources close to this issue. The range of price increases for chip production depends on the volume of the order, the type of chips and the duration of the contract. The new prices for Samsung and Key Foundry services will enter into force within the next four to five months. Note that in addition to chip manufacturers, South Korean companies involved in chip packaging are also going to raise prices for their services. The cost of their services will rise in September, the sources say.

Since the beginning of the global shortage of semiconductors at the end of last year, global chip manufacturers have already increased the cost of their services several times. For example, the largest manufacturer of semiconductor products, TSMC, increased the cost of manufacturing wafers based on 16-nm process technology by 20%, and by 15% for other technical processes. The products of the Taiwanese manufacturer of the 7-nm technical process will rise in price by another 3-10%. Since the beginning of the year, United Microelectronics Corporation has raised its prices twice, for a total of 30%. Taiwan’s PSMC, China’s SMIC and America’s GlobalFoundries also raised prices in the third quarter of this year.

New prices for semiconductor manufacturing are very likely to seriously hit companies that produce microchips; but do not have their own factories. Such companies cannot reduce the volume of orders from manufacturers simply because they have increased the cost of services. With semiconductor shortages and limited supply volumes; factoryless companies are happy to be able to manufacture their own products at all. In turn, for producers, the increase in prices allows them to maintain the profitability necessary; for the expansion and maintenance of their capacities.

Next Huawei launches wireless charger for three devices ahead of Apple