Apple takes a different route than other smartphone makers and this isn’t a secret. While Chinese brands are breaking barriers in the world of charging tech, the company is giving its usual low-pace moves. However, this does not mean that there aren’t upgrades coming in this regard. The recently released iPhone 13 series brought a certain upgrade in the charging system. As usual, Apple didn’t advertise this upgrade, but it’s right there. According to ChargerLAB’s tests, the iPhone 13 Pro Max can go up to 27 W while the standard Pro peaks at 23 W charging. This isn’t much compared to Chinese brands, but again, it’s an upgrade from Apple.

With an appropriate USB Power Delivery charger with at least 30 W output, the iPhone 13 Pro Max can charge at 27 W for a while before temperature constraints lead to throttling. Since the device does not ship with a charger at all, Apple is happy to sell you a $50 30 W USB PD charger. According to the company, the charger adapter removal was a decision to preserve the environment from continuous electronics disposal, and we all believe.

According to the testers, the iPhone 13 Pro also received some love from Cupertino. The new regular Pro can go up to to 23 W charging. That’s a small increase over the 20 W charging provided by the last year’s iPhone 12 Pro. However, it’s still an upgrade. Worth noting, that this means a lot for regular iPhones, as they have smaller batteries than the Android bandwagon. The only iPhone that sits on the same territory as Android smartphones are the Pro Max that comes with a battery bigger than 4,000 mAh. 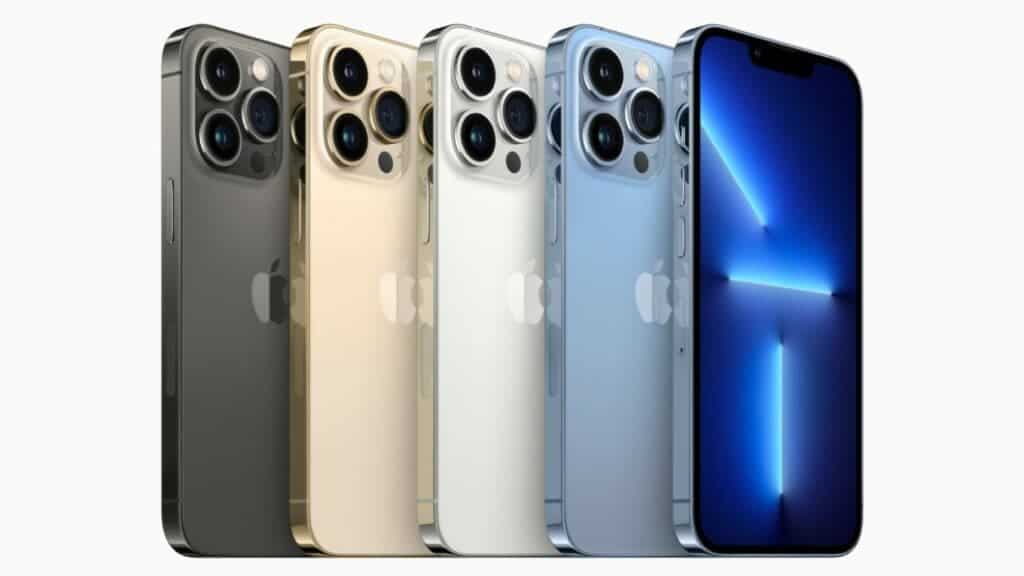 The iPhone 13 Pro Max is a 6.7-inch Super Retina XDR OLED screen. This is the first iPhone alongside the 13 Pro to come with a high-refresh-rate screen. This panel is an LTPO AMOLED display that can go from 1 Hz to 120 Hz depending on the content. The display has HDR 10, Dolby Vision, 1000 nits typical brightness, and 1200 nits peak brightness. The panel has a 2,778 x 1,284 pixels resolution with 458 pixels per inch density.
The iPhone 13 Pro Max has a triple-camera setup. It comes with a 12 MP camera with f/1.5 aperture, dual-pixel PDAF, and sensor-shift OIS. There is a secondary telephoto camera with 12 MP resolution, PDAF, OIS, and 3x optical zoom. The third and final sensor is a 12 MP camera with f/1.8 aperture and PDAF and ultrawide view. It also comes with a ToF 3D LiDAR scanner. The notch serves as a home for the 12 MP camera and SL3D biometrics sensor behind the Face ID scanner.

The device has a 4,373 mAh battery with support for wired charging and MagSafe Wireless charging.