Realme RMX3462 has appeared on the TENAA certification website, giving us a glimpse of its design and revealing some key specifications. Back in September, the TENAA authority of China gave the green light to a Realme phone bearing model number RMX3461. Aside from that, the website approved another variant of the device with model number RMX3643.

Now, another variant of the Realme RMX3461 has passed through the certification site. The aforesaid variant has been assigned model number RMX3462. Interestingly, these devices appear to sport nearly the same outward appearance. As if that weren’t enough, they seem to boast almost the same specifications. However, the most notable difference is in the processor department.

According to the TENAA listing, the new phone from Realme will sport a 6.59-inch LTPS display that offers a Full HD+ (1080 x 2412 pixels) resolution. Furthermore, the phone’s dimensions are 164.4 x 75.8 x 8.5mm. It weighs just 199 grams, making it lightweight. As far as color options are concerned, the Realme RMX3462 could go on sale in two appealing colorways. These include Aurora Purple and Dark Blue color options. 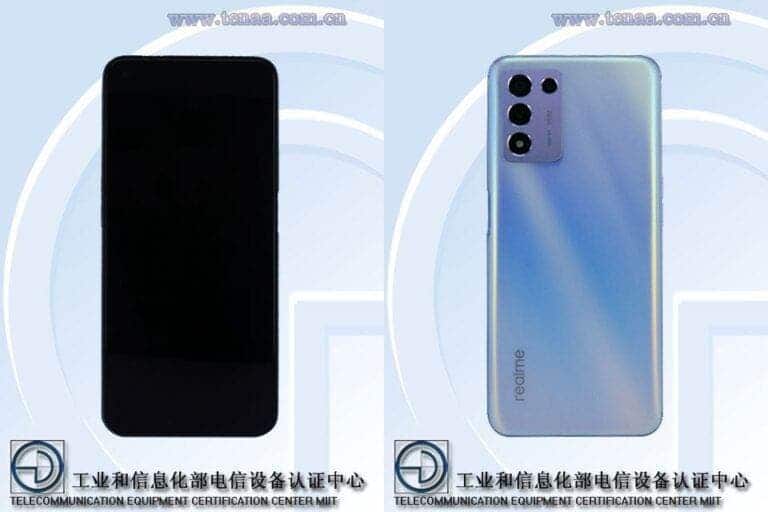 Under the hood, the phone packs a sufficiently good 2.4GHz octa-core processor. Aside from that, the TENAA listing suggests that it will ship with 12GB, 8GB, and 6GB of RAM. In terms of onboard storage capacity, the Realme RMX3462 will be available in hefty 512GB, 256GB and 128GB storage configurations. On top of that, it is likely to come running the Android 11 operating system.

On the photography front, the Realme RMX3462 houses a triple camera setup at the back. The rear-mounted camera setup comprises a 48MP main camera, a 2MP camera, and another 2MP lens. For selfie addicts, the device houses a 16MP shooter on the front. The selfie camera comes in handy during video calls. Moreover, the phone will be drawing its juices from a robust 5,000mAh battery. Other details about the battery are still scarce. Realme could unveil the RMX3641/2/3 in China alongside the Realme Q3s. If previously surfaced reports are anything to go by, the device will support a high refresh rate of 144Hz. Furthermore, it is likely to come with a Snapdragon 778G chipset. Also, one of the variants could hit the store shelves carrying a different moniker. Moreover, since the RMX3461/2/3 has received TENAA certification, they are likely to launch in October.