Disney Plus will be giving a myriad of Marvel Studios films a significant IMAX aspect ratio upgrade later this month. Disney is teaming up with IMAX in a bid to present select Marvel movies in IMAX’s Expanded Aspect Ratio format on Disney Plus. Shang-Chi and the Legend of the Ten Rings will arrive on the streaming service on Friday, much to the delight of Marvel fans. As if that weren’t enough, Disney Plus is giving them more reasons to cheer about.

As part of its collaboration with IMAX, Disney will be presenting 13 MCU movies in the Expanded Aspect Ratio format on its popular streaming service, Disney Plus on November 12. Among others, Shang-Chi and the Legend of the Ten Rings will be gracing Disney Plus on that day, according to a report from GameSpot. IMAX ideally uses a squarer format of 1.43:1. However, the Expanded Aspect Ratio is 1.90:1, which is closer to the television’s ratio of 16:9. Also, Marvel movies usually adopt relatively wider, and letterboxed aspect ratios. 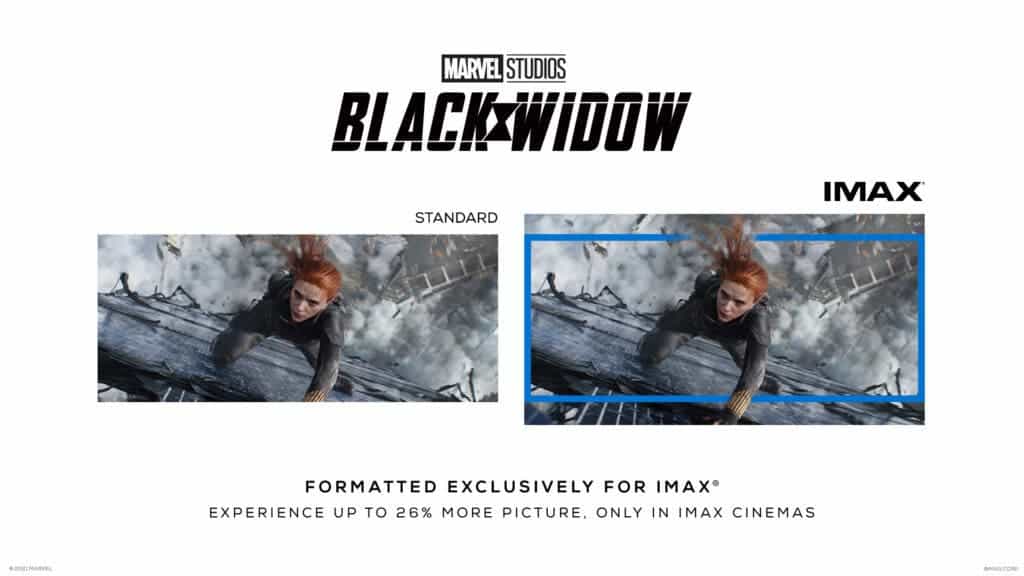 However, a few Marvel movies include scenes recorded using IMAX-certified cameras. These 1.90:1 sequences deliver the taller picture in IMAX theaters. For instance, Avengers: Infinity War and Endgame were shot completely in the aforesaid format. Likewise, Black Widow includes a considerable 22 minutes sequence shot in IMAX Expanded Aspect Ratio. As a result, these scenes will occupy more your television screen when you watch them on the popular streaming service. Moreover, the black bars will be relatively smaller.

The IMAX Enhanced category is likely to receive DTS surround sound and a slew of other awe-inspiring features in the future. Home entertainment centers have been leaving no stone unturned in an attempt to offer a theater-like experience. This allows movie buffs to watch their favorite actors, series, movies, and more without leaving the comfort of their homes. Disney will be using sequences that were captured for IMAX theatrical presentations, and offer them for home viewing via Disney Plus. Here are the 13 MCU movies that will grab IMAX Enhanced certification on November 12.

A recently released Disney+ IMAX Enhanced trailer shows what Disney Plus subscribers can expect on November 12 when the select MCU movies streaming starts.

Disney+ Day begins on Friday: Shang-Chi, Eternals and everything we expect to see