Apple first introduced the iPhone X with Face ID back in 2017. Since its launch, Face ID is available in almost all mobile devices of Apple. Only the iPhone SE models and the regular versions of the iPad do not come with this technology. Well, apart from being used in many models, this is also considered to be one of the most secure and sophisticated biometrics authentication methods on the globe. Of course, many Apple competitors have tried to “copy” this technology or to bring something identical, but let’s agree none of them can be compared with Face ID. We should also recall Huawei, LG, and Google that have tried to release real Face ID alternatives. The rest of the big names in the smartphone industry have been more focused on on-screen fingerprint sensors. But Apple has been directing all of its efforts on Face ID.

In fact, there are many aspects Apple has been working on. Say, besides improving the accuracy and speed of authentication, the Cupertino company is also working to make the TrueDepth camera smaller. We understand that in the near future it will be placed under the OLED screen.

More interestingly, recently, the USPTO recently published an Apple patent application filed in early May 2020. The document is titled Systems and Methods for Switching Vision Correction Graphical Outputs on a Display of an Electronic Device. The name shouldn’t tell anything interesting. But we are sure that most of the users will like the new iPhone and iPad Face ID feature.

According to the application, the forthcoming technology will let the iPhone or iPad Pro automatically provide a display experience that matches the eye conditions of the user. Below we will talk about the advantages of this technology. But its first goal is to help all people who wear prescription glasses to correct various vision issues. In other words, iPhone and iPad Pro users won’t have to think about doing anything to fix the iPhone screen to match their vision. Everything will be done by the Apple mobile products. 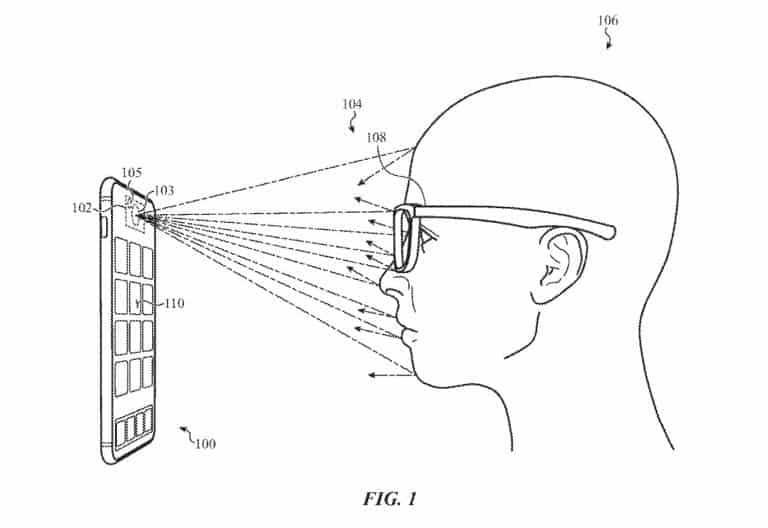 In the patent application, the company talks about obvious facts related to the new tech. For example, it says that a large percentage of people require prescription glasses or contact lenses to see clearly. “A person with nearsighted vision (myopia) might have trouble seeing objects at a distance. A person with farsighted vision (hyperopia) will not see nearby objects clearly. Other, more complex eyesight issues also exist.” This simply means that using smartphones might require additional activity. Say, people might need to take off or put the glasses on to use an iPhone, depending on their vision. 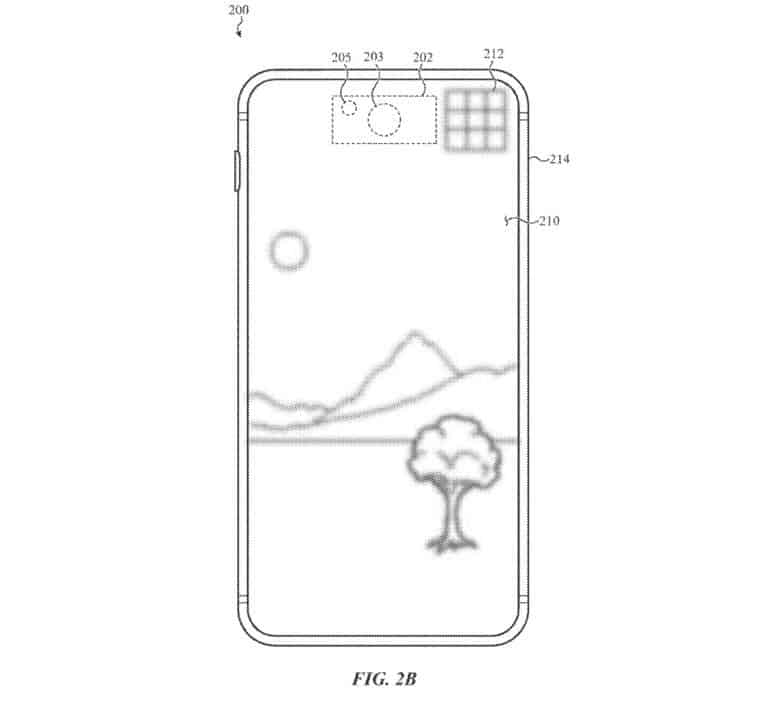 It turns out Apple has been thinking of this problem for a while. And now, it has invented a technology that can free people from this. In other words, people with visual problems can keep wearing or not put the glasses on without worrying about the thing. We mean when this technology becomes real, they will know that iPhone will do every adjustment for them. Plus, the new Face ID feature would also inform you that you might have forgotten your glasses. This will force the iPhone to automatically correct itself so you can see clearly.

Next Samsung expects to ship over 330 million smartphones in 2022