Samsung has begun rolling out its new Expert RAW camera app in the Galaxy Store in its home country. The new app allows users to take full advantage of the main, ultra-wide and telephoto lenses of the smartphone in Pro mode, they will be able to adjust exposure, manual focus, ISO, shutter speed and control the white balance. These controls are available for both photos and videos.

The main drawback of the Expert RAW application is that it only works with Galaxy S21 Ultra based on One UI 4.0 shell based on Android 12. But a Samsung community moderator promised that in the future, the utility will receive support for the Galaxy S21 + and Galaxy Tab S5e, as well as other devices. But when this happens, he did not name the dates. Apparently, the launch of Android 12 with One UI 4.0 indicates that, in theory, all devices of the company will be able to work with the new utility, which will receive an update to the current version of the green robot. 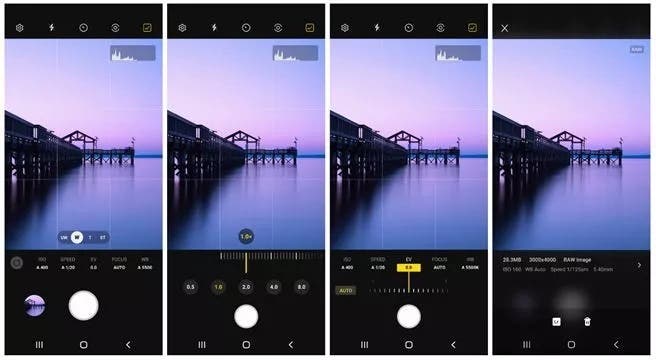 Previous Xiaomi 12X with Snapdragon 870 gets a launch date