We’re about to see the first smartphones with 200 MP cameras a few weeks from now. Motorola will debut its Motorola Edge 30 Ultra as the world’s first 200 MP camera smartphone. Later on, Xiaomi will reveal the alleged Redmi K50S Pro with the same sensor. We can say that the rise of 200 MP cameras comes thanks to Samsung. The company’s ISOCELL HP1 may be used in a myriad of new flagships by 2023. Even the Korean is aiming to use this snapper within the Galaxy S23 Ultra. However, the company wants to keep expanding its borders! Samsung 450 MP camera may come in a few years as the company has just trademarked a new “Hexa²pixel” term.

The new trademarked “Hexa²pixel” carries the following description: “image sensors for photographic devices”. According to the leakster Ice Universe, the upcoming Hexa²pixel snapper will come through the Samsung 450 MP camera that may get a revelation in the future.

According to Ice Universe, the Samsung 450 MP camera or Hexa²pixel camera will do 36-in-1 pixel binning. That’s an impressive merging with a 6×6 group of pixels becoming one. It’s way above the current Tetracell (2×2) and Nonapixel (3×3) arrangements. If the company’s target is 12 MP resolution as with the other two, then the result is a 432 MP resolution. The company may round this to 450 MP. Hence, the upcoming Samsung 450 MP camera is set to succeed the ISOCELL HP1 and HP3 sensors that have 200 MP resolution. 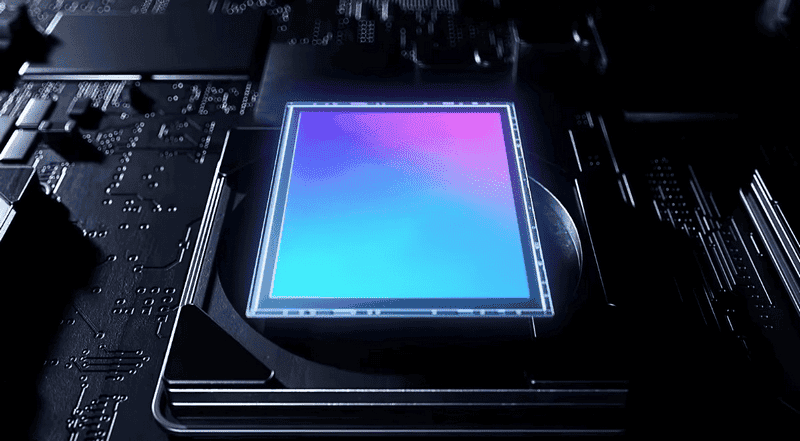 Worth noting that both ISOCELL HP1 and HP3 bring Tetra²pixel color filters. This allows them to do both 4×4 and 2×2 pixel binning for 12 MP and 50 MP output, respectively. Considering that the new Samsung 450 MP “Hexa²pixel” camera has the same “²” in the name, we expect the same two output modes to return. If it’s 6×6 and 3×3, we may see 12 MP and 48 MP resolution images in the final result.

The rise of the Samsung 450 MP camera is not a surprise. After all, the company has decided to not “hold the pixels” anymore. We saw this with the 108 MP and 200 MP cameras when Sony stayed comfortable at the 48 MP and 50 MP resolution. There are even rumors suggesting that Samsung is working on a 600 MP camera to rival human eyes. Therefore, we can say the 450 MP camera is the company’s next step before the 600 MP resolution. There are also old rumors about an “intermediary” 250 MP camera to succeed the 200 MP snappers. But as we’ve said, most of these rumors are old and the real situation may be different today.

Next American electric car maker, Rivian sacks 6% of its workforce