A few years ago, the market of Chinese smartphones was known for the countless clones and knockoffs. Rather than an “official” brand, there were dozens of closes based on Apple or Samsung smartphones. If we go a few years back, there were some clones based on BlackBerry devices with QUERTY keyboards and an absurd amount of SIM slots. Well, the clones lost their presence in the segment with the rise of brands such as Xiaomi, Oppo, Vivo, Huawei, etc. Some smaller Chinese brands like Zopo, iOcean and Jiayu also proved that the Chinese industry had more to offer than mere clones or knockoffs with lackluster hardware. Well, most of the small Chinese makers like Zopo, iOcean, and Jiayu have disappeared, but some clone makers are still around. The industry of knockoffs is alive, and the clone wars continue as the iPhone 14 Pro Max is the latest “casualty”.

iPhone 14 Pro Max is here… but wait a minute 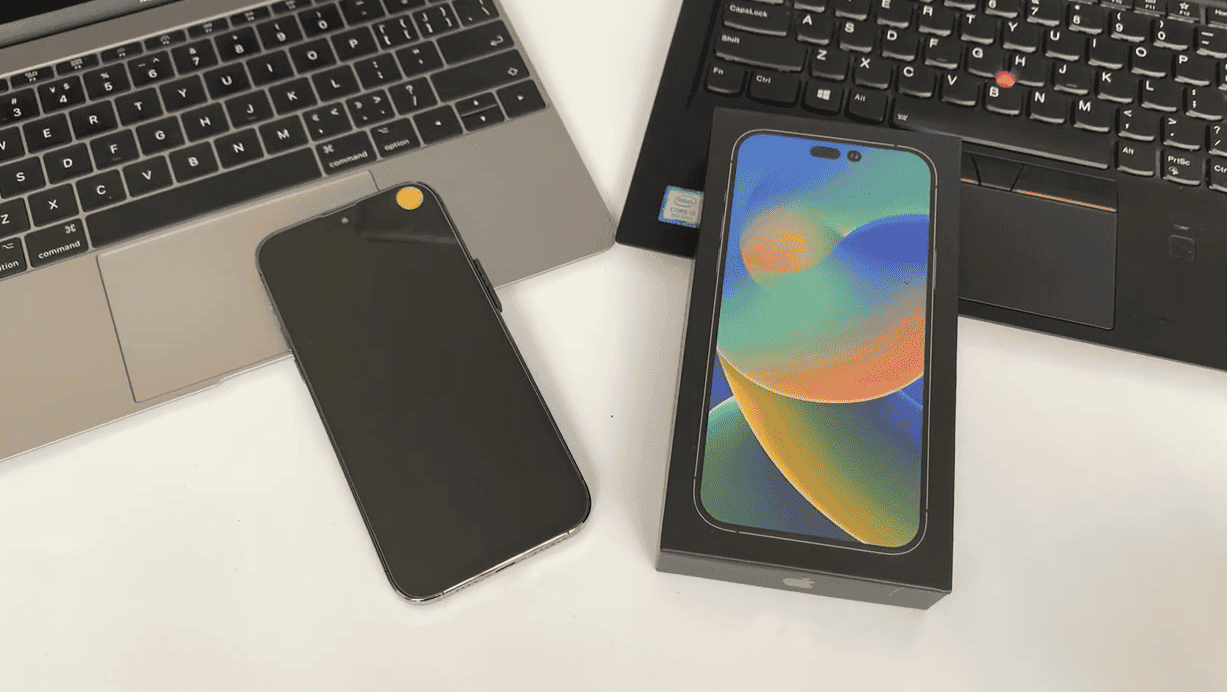 Interestingly, the new iPhone 14 Pro Max knockoff comes with the “exclamation mark” notch. The design may be a little off from what Apple will introduce. After all, this is a cheap phone, while the iPhone will cost a lot. Even the retail packages of these knockoffs are trying to catch the feeling of the real product. There are barcodes, sticky pull tabs, and cable. Yes, this is a 1:1 copy, so don’t expect it to come with a bundled charger.

Although the device seems to be running iOS, it’s running Android. The fakers usually apply iOS themes in the entire system, with a good launcher opening the doors. However, it will never replicate the true iOS experience. Unfortunately, even the skin may bring some limitations, and we’re probably looking at an outdated Android version. A YouTube video from the channel AmazingUnboxing depicts the iPhone 14 Pro Max clone’s visual.

We can’t recommend these devices due to poor quality

This clone is far from perfect, the bezels are big and the chin is immense. Apple’s final product will certainly be much sleeker. We don’t recommend buying these devices unless you have extra money. Or maybe, you want one for the “sake of fun” or just for “fooling” someone. However, when it comes to getting it as a daily driver, it’s not recommended. These phones usually have fake hardware info, the components inside are fragile and there is no quality control. Nowadays, there are smartphone options for everyone. 9 years ago, when the clones reigned in places like AliExpress, there wasn’t much choice as most of the smartphones were expensive.

The software experience is another lackluster aspect. These devices will never get updates, and therefore can be an easy target for attackers. Some of them may even carry hidden apps to steal your data. So, apart from fans, these devices are a big NO nowadays.

Next IPhone 14 May Not Be That Expensive After All