The Nothing Phone (1) from the firm of OnePlus co-founder Carl Pei took first place in the category “Innovative smartphone design” on the list of the top inventions of 2022 compiled by the reputable journal TIME.

The Nothing Phone (1) was given a prize for being unique, experts remarked that it resembles an iPhone, has an original Android UI, and has a transparent panel with 900 LEDs that you can use to make light patterns that correspond to music, notifications, and vibrations.

Apparently foldable smartphones aren’t that amazing anymore, as TIME named the Galaxy Z Flip3 the most innovative smartphone of the year in 2021.

Nothing Phone (1) is the most innovative smartphone of 2022: Here is why? 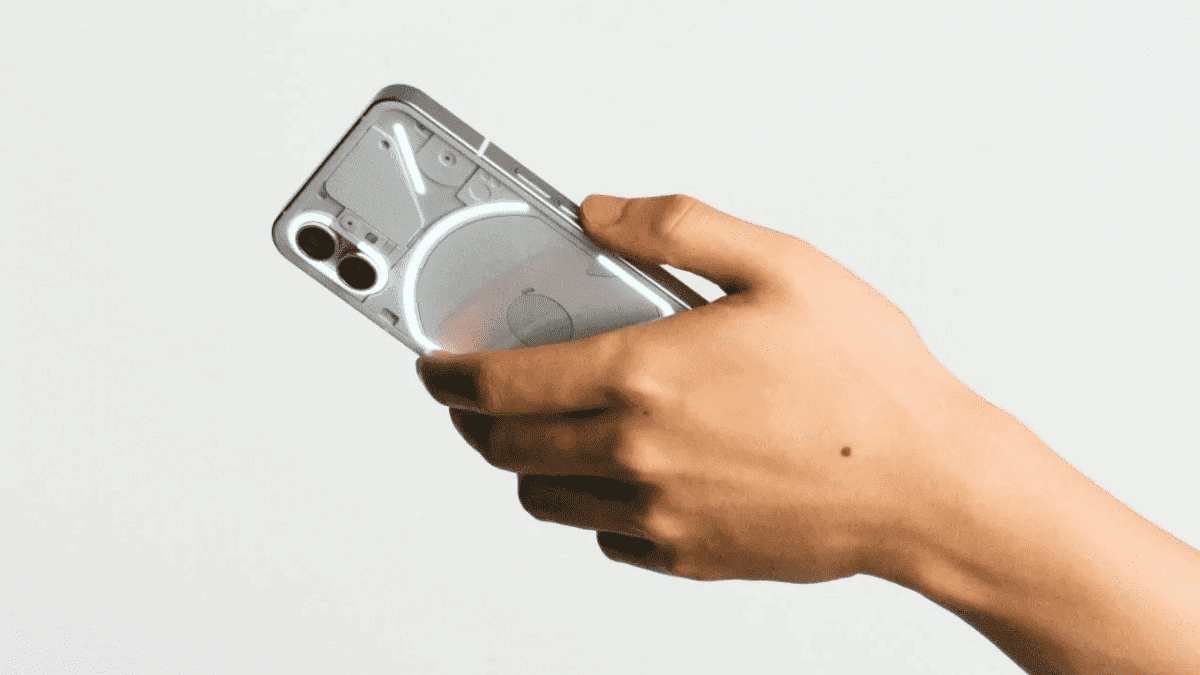 The Nothing Phone 1 is unlike any other phone on the market right now in terms of appearance. The phone has a metal chassis sandwiched between glass on the front and back, but the back is transparent. As a result, it displays the internal parts and is illuminated by Nothing’s posh Glyph LED lights. Ignore the critics; it’s enjoyable, unique, and cool. The phone is 8.3mm thick, weighs 193 grams, and is available in black or white color schemes. It is practical to operate with one hand, isn’t overly thick or heavy, and easily fits into most pockets and bags.

The Nothing Phone 1’s transparent back looks great. The wireless charging coil is the only exposed component since the phone’s internals are completely hidden. Although it may first disappoint some people, this is actually a wonderful thing. When designing the inside of a phone, aesthetics are typically not taken into consideration and components are frequently unsightly. The Nothing Phone 1 has a futuristic appearance thanks to the variously shaped panels that cover them underneath the glass.

Nothing has created a phone that is unlike any other and has a distinctive feature that actually attracts attention when it is turned on. Given that it is the first phone from a small firm, it seems remarkably sturdy and well-made. Some people doubt the significance of the Phone 1’s appearance and write it off as hype, but this is cynical and narrow-minded.

Despite the fact that there have been a lot of attractive smartphones released in the last year, Nothing has nonetheless created something amusing and unique. The meaning is lost if the Phone 1’s design is reduced to nothing more than a collection of flashing lights for folks drawn to such things or if it is just an iPhone copy. We can see that Nothing, which began with the Nothing Ear 1 genuine wireless headphones, is continuing to establish its brand identity. No matter how you feel about the appearance, it is already obvious. It’s fascinating to watch, and very few brands have such a distinct design vision from the beginning, much less after only two products. It portends well for the company’s design future. 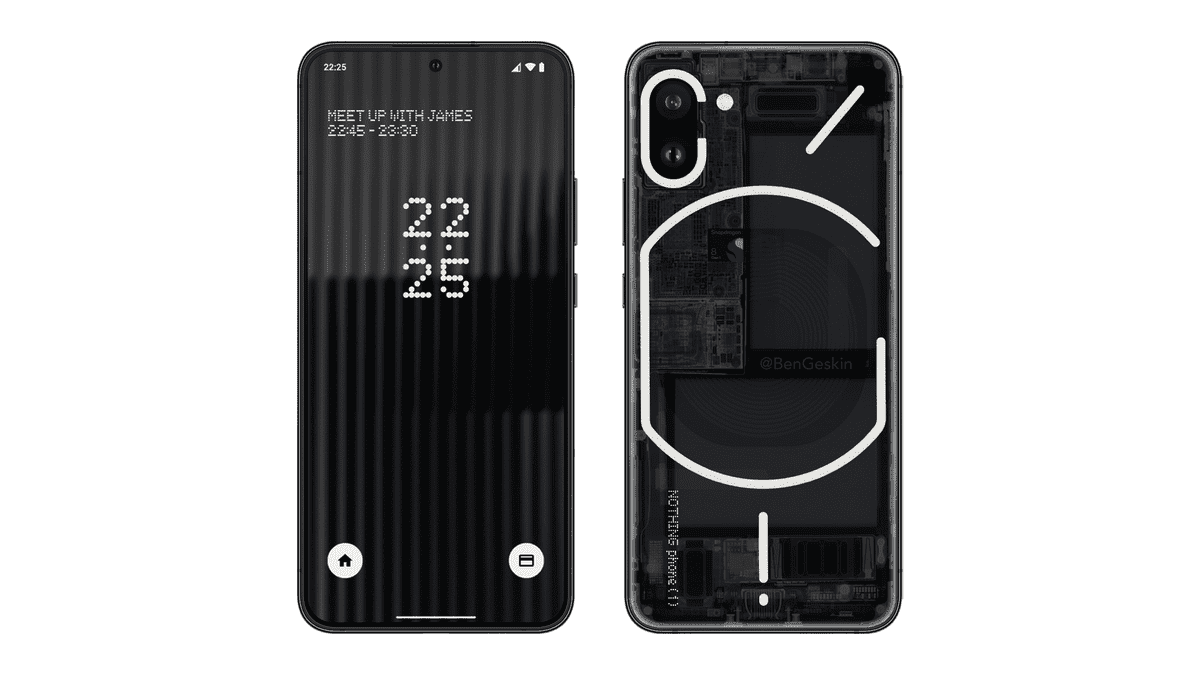 The lights, haptics, and sound effects that distinguish the Nothing Phone 1 are together referred to as the Glyph Interface. They consist of 10 different sets of unique ringtones and notification alerts that all flash the lights in different patterns, vibrate the phone in different ways, and make different sounds when something happens. They typically activate when the phone rings or a notification comes in. Otherwise, the LEDs come to life to indicate charging progress and when Google Assistant is active. They can also be in use in place of the camera app’s flash.

Nothing has quite the correct balance of haptics, lighting, and sound. You will not mistake them with any other phone thanks to their distinctive and unique appearance and the way the phone vibrates and lights. They do give the Phone 1 personality, albeit a very mechanical one, and strangely remind you of the iconic desk lamp used by Pixar at the start of its movies. Even at 75% brightness, some of the sharper notification alerts from the Glyph lights resemble a flash of lightning in a dark room. You can set a Do Not Disturb schedule, which is a good thing.

You will enjoy the idea of the Glyph Interface, and after using the phone for a while you will mostly use the Flip to Glyph feature, which lets you know when you have a notice coming in by placing the phone face down. It’s attractive and practical.

The sounds they accompany are a great combination of nice, nostalgic, and weird sounds, and the haptics are fantastic (very noticeable and nicely engineered). At home, you will not mind the sounds being on. But you would turn them off and probably not raise the volume again if you were in a public place.

Everybody will react to Glyph lighting differently. And some people may even want to change their lifestyles to fit the phone. You will initially believe that the smartphone would wear off and that you would return to the most practical and proven method of having a phone notify you of calls and other notifications (a haptic-generated buzz and the always-on screen). However, the Flip to Glyph feature has seamlessly integrated into how you use the lights and offers a great and unique experience. 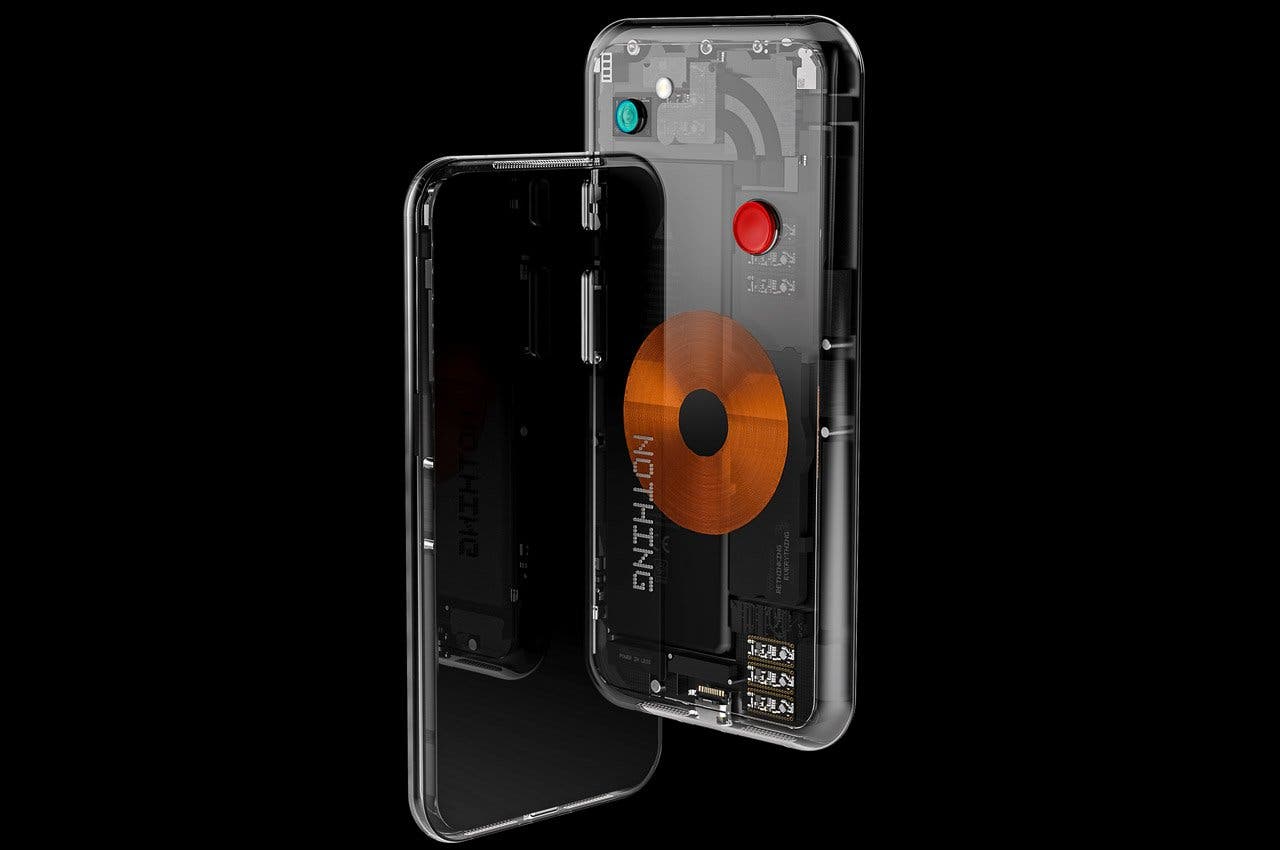 It’s challenging to try to distinguish the Nothing Phone 1 from the buzz around it. There has been a lot of excitement about this phone since Carl Pei, a co-founder of OnePlus is involved. However, many people will already feel jaded. And may even have some unfavorable preconceptions about it because it was relentlessly teased for months prior to release. No amount of bright flashing lights will be able to change that. 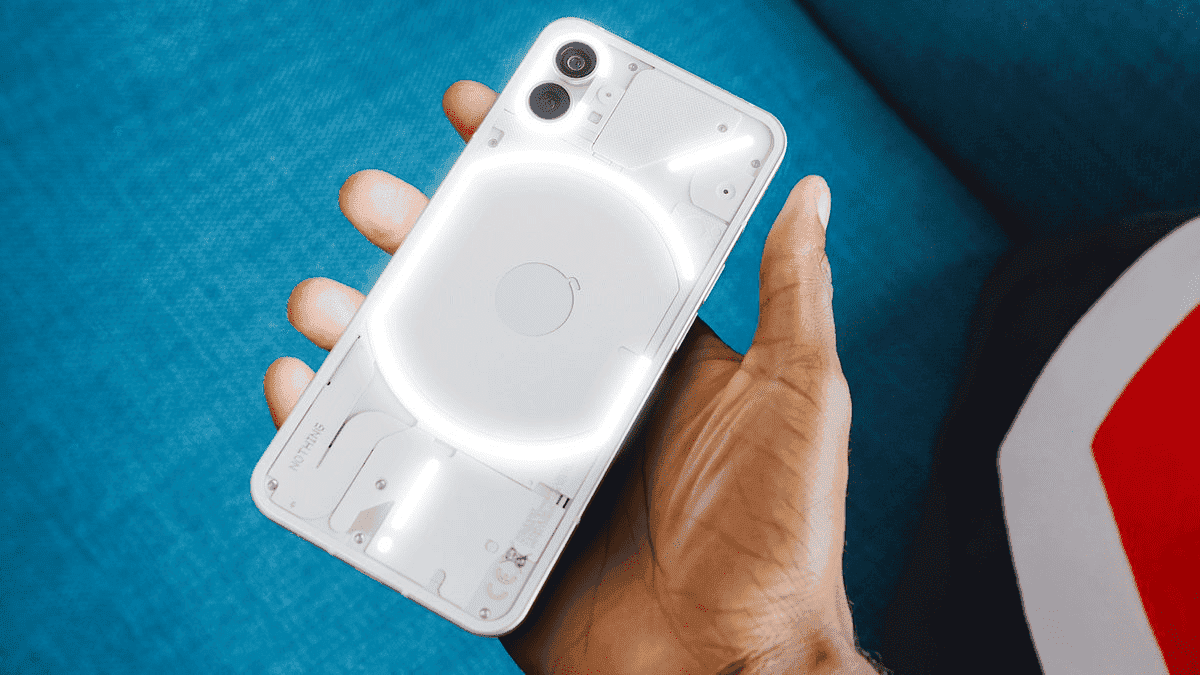 The Nothing Phone 1 succeeds in standing out from other smartphones, at least externally. By being quirky, unique, and fun to use. Inside, things feel much more comfortable because the OS has many visual and interface similarities to the Google Pixel line. It’s not expensive, has good specs and fun-to-use software. And truly stands out from other Android phones on the market in terms of appearance and feel.

But it’s not flawless. The battery life is not great, and the camera needs adjusting. Concerningly, it has been confirmed that the smartphone won’t receive the Android 13 update until possibly mid-2023, lagging behind the competition in this area. To date, however, the company has done a good job of providing software updates to enhance the phone. The Nothing Phone 1 is a good purchase and a very exciting beginning for the business.

Next Whatsapp: you can finally use the same account on two mobiles