Tesla could win motorists’ hearts due to various factors. But the most attractive feature that it began providing to them was self-driving. The recent reports prove that Tesla has been involved in almost 70% of all car crashes since last June. Though data is incomplete and doesn’t mean Tesla has the worst advanced driver-assist system, this number is worth our attention. On the other hand, this doesn’t mean the other car brands provide better systems.

This is the first data of its kind. It comes our way from The National Highway Traffic Safety Administration. As the latter said, data still doesn’t have proper context. But looking at the trend line, we can realize whether this statistic is improving.

“I would advise caution before attempting to draw conclusions based only on the data that we’re releasing. The data alone may raise more questions than they answer,” NHTSA Administrator Steven Cliff said during a media event.

All car makers were requested to provide corresponding data since last June. During this period, 273 Tesla cars appeared on the advanced driver-assist systems. In a year (a bit more), there were 392 crashes involving 11 carmakers.

For those who do not know much about this, “Level 2” advanced driver-assist systems should help drivers but not replace them. For instance, Tesla’s Autopilot and GM’s Super Cruise are among them. Since last June, carmakers began reporting car accidents referring to this system.

We have to say that this is a complicated system. So it is not as clear as it might seem at first sight. The “Level 2” system can control many of the car’s driving functions. They include steering, lane-centering, braking, and acceleration. Some major car makers, such as GM, allow the system to function only on designated highways. As you guess, Tesla allows its use in more cases, including on local streets. 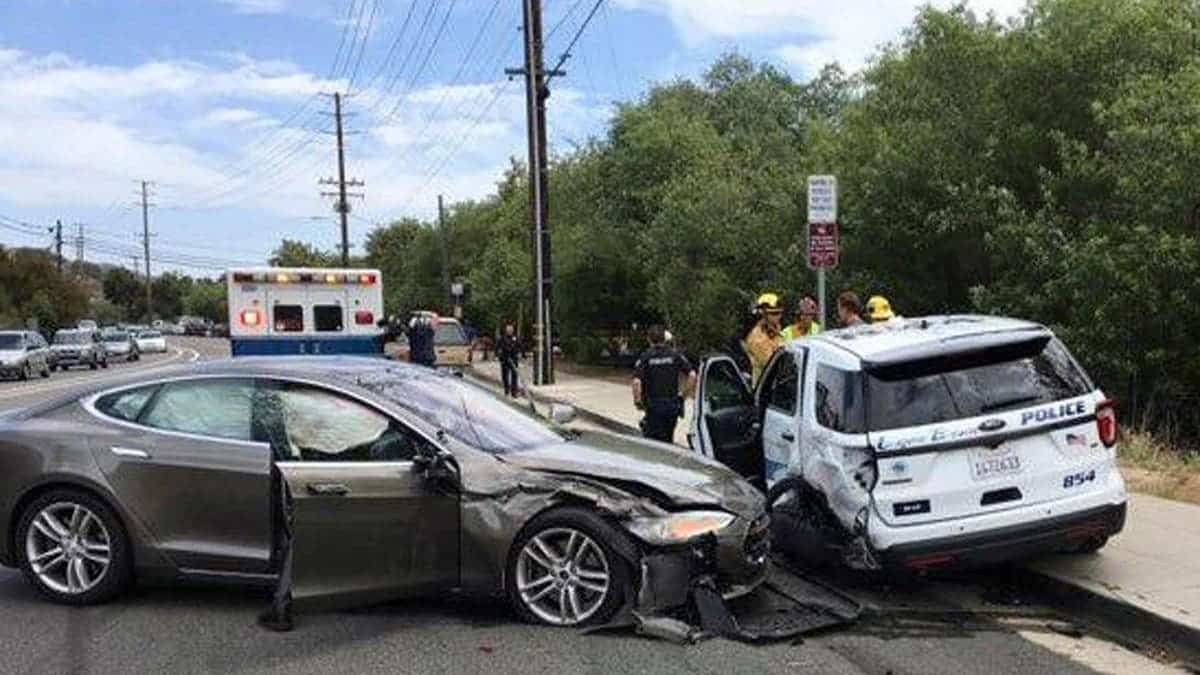 The authority should consider various factors for a more precise and reliable analysis. We mean it should talk about the number of cars made by this or that brand, the number of vehicles they have on the road, the distance they travel, and many more. At first sight, tesla takes the first position on this list because it has the most cars on the roads. If so, the statistics showcase the entire image.

“This is an unprecedented effort to gather nearly real-time safety data involving these advanced technologies,” Cliff said. “Understanding the story that the data tell will take time, as most of NHTSA’s work does, but it’s a story we need to hear.”

Tesla Cars Will Get A Better Autopilot Systems Soon

Tesla CEO, Elon Musk likes sharing his company’s achievements on Twitter. In June, he said that Tesla’s latest version of FSD Beta would be rolling out to 100,000 cars.

Goal is 2/3 of cars receive same-day service, no wait.

The Associated Press reported that Tesla had many more cars with Advanced Driver-assist Systems traveling on U.S. roads than most other carmakers. The number of such cars exceeds 830,000. There are models even released in 2014. Tesla can collect more data and have a base for further R&D. The closest rival is GM, which has sold around 34,000 cars since the debut of its Super Cruise system in 2017.

Tesla has always been in the spotlight. But its recent activities made the NHTSA pay more attention to it. Earlier this year, Tesla said that 53,822 Model S, X, 3, and Y cars in the U.S. would be recalled. The reason was the elimination of a unique feature, which lets cars automatically roll past stop signs. It was the new version of Full Self-Driving Beta software.

This program allows Tesla drivers to get their hands on new but unchecked features. For instance, Tesla owners can test the “autosteer on city streets” features before bringing it to more markets. Though the name sounds sci-fi, Full Self-Driving Beta does not make Tesla vehicles autonomous.

Besides bringing the report above, the NHTSA also released one more on higher-level systems. We call them automated driving systems. These allow the cars to drive themselves. Of course, they haven’t reached the toppest level yet and are in tests mainly, some car owners can test them. Among those companies, we can mention Alphabet’s Waymo and GM’s Cruise.

In this report by the NHTSA, we can see 130 car accidents referring to automated driving systems. Among them, Waymo cars were in 62 crashes. Transdev Alternative Services followed it at 34, and Cruise at 23. In total, there were 25 companies reported crashes.

As the agency said, they will release data updates every month. So it would be curious to see how the statistics change.