Twitter has been in a chaotic situation since Elon Musk’s takeover. Tesla’s CEO, now Twitter’s CEO, fired several of the company’s former executives. He revealed that the social media situation was critical. He applied a lot of cost-cut measures, such as laying off several of the company’s employees and reducing the benefits of existing workers. Musk also invited those who don’t want to stay to leave the company in a common agreement. This week, however, started with some advances to bring back Twitter to stability.

Earlier this week, Musk hired George Hotz to fix an issue with the Twitter search bar. He is also hiring new employees to keep sustaining the social media. Now the company is preparing for the return of the Twitter Blue paid service. 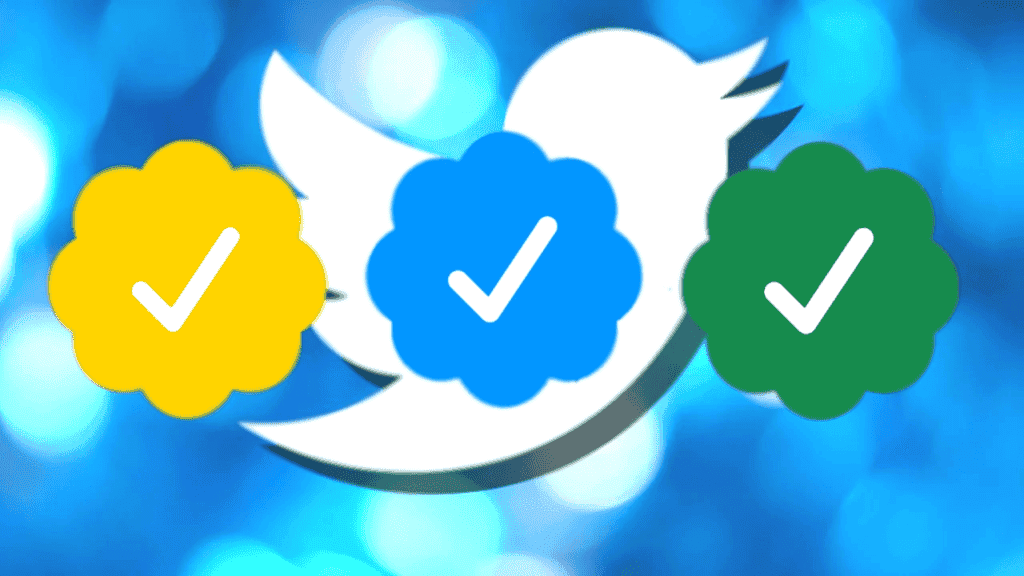 The new Twitter Blue was one of the first measures taken by Elon Musk. But at the initial launch, it proved to be a failure. The company disabled the paid tier to make some adjustments. It will return soon with a lot of changes. One of the most controversial features of the new tier was giving everyone a Blue check. This brought up chaos to Twitter. So, one could easily impersonate a celebrity and get a verified check. After some changes and fixes, the new paid tier will return on December 2 and will bring multiple colors.

New colors are coming with Twitter Blue for distinct reasons

The new Twitter Blue verification system will bring three colors – Gold, Gray, and Blue. Social media will provide a gold check for companies, a grey check for the government, and a blue check for regular public figures or not. Anyway, Elon Musk states that all the accounts will go through a manual check. Also, users will have to wait 90 days to sign new Twitter accounts on the service. 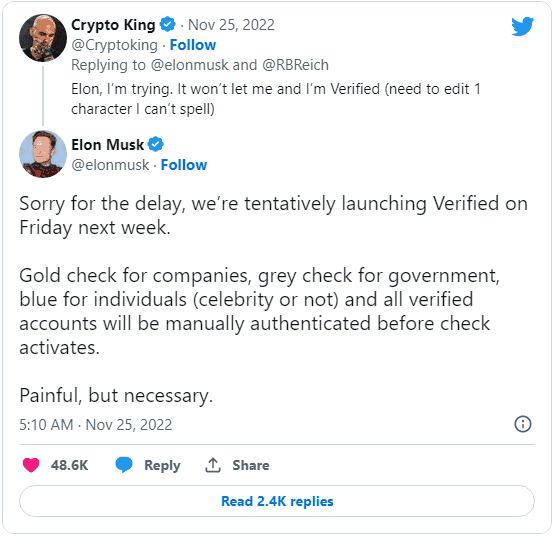 Musk states that it will “tentatively” launch the service on December 2. He explains the distinct Twitter Blue colors and apologizes for the wait. According to him, the wait was painful but it was needed.

The fee for Twitter Blue will remain at the announced $7.99 per month. Apart from the verified tag, the service will offer other benefits. Worth noting, that the blue check was available for public figures before. Now, they will need to sign up for the Twitter Blue service.