Elon Musk, the CEO of Twitter recently had a speech at the company. He posted slides from the speech which reveals some features that Musk plans to add to Twitter 2.0. The slides also contain some statistics about the company since he took over. In simple terms, Twitter 2.0 is Musk’s vision for the social media platform. 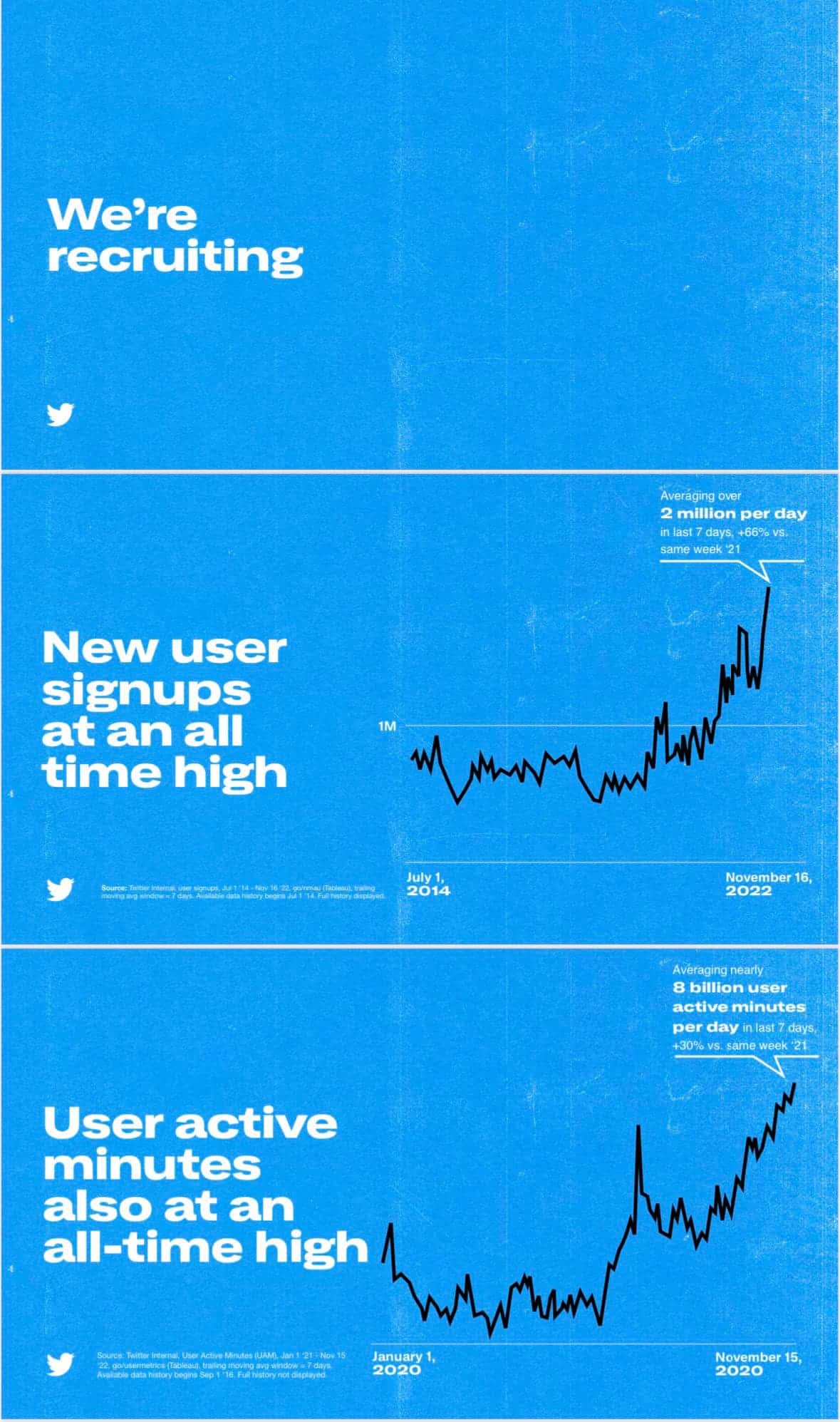 In addition, the slides reveal that hate speech is now lower on Twitter. However, fake accounts initially spiked and then fell. This is for reported cases of impersonation. The slide also lists the functions and goals that Musk has formulated for Twitter 2.0. This includes features such as longer tweets, videos, payments, encrypted DMs, relaunch blue verification, and advertising as a service. Judging by the slideshow, Twitter is also resuming hiring after mass layoffs and resignations. 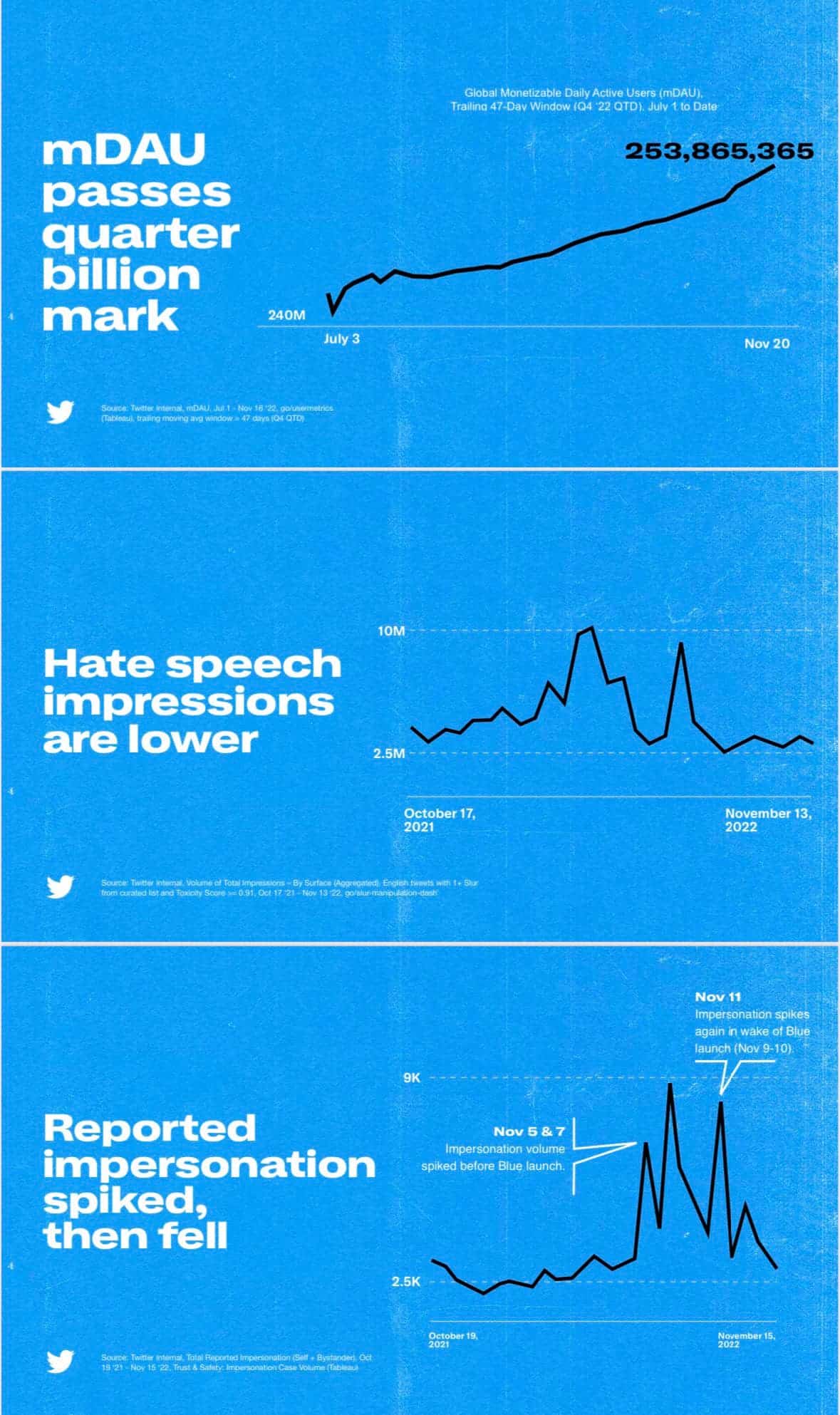 Recall that after Elon Musk take over of Twitter, he went on a firing spree. He started with the top executives, firing four of them the very day he step foot at Twitter. A few days later, no less than 3500 Twitter staff got laid off. At the moment, there is no job security at Twitter and not everyone can cope with the tension. About 1000 Twitter employees eventually resigned. This cut down the company’s workforce from 7000 to just over 2500. It now appears that Elon Musk will hire some experts to make Twitter work again.

Next Xiaomi 13: official launch on December 1 with extremely thin bezels