The Samsung Galaxy M54 5G smartphone has appeared on the Geekbench benchmarking website before going official in the coming days. The 5G-ready phone will be one of the latest entrants in the Galaxy M-series.

Notably, the handset will succeed the Galaxy M53 5G, which hit store shelves in India back in April. The phone is currently available in the country for around INR 26,000. 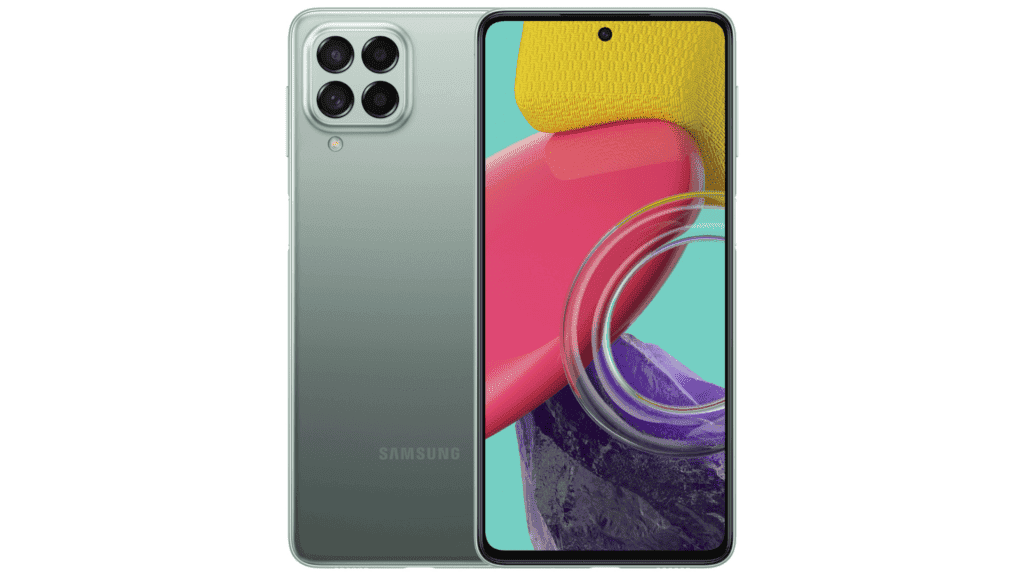 Likewise, the Galaxy M54 5G will launch in multiple markets including India. In the meantime, the Samsung Galaxy M54 5G has passed through the Geekbench website.

According to the Geekbench listing, the Galaxy M54 5G will pack a MediaTek or a Qualcomm processor. To recap, an earlier report indicated that the upcoming Galaxy M-series phone will feature Qualcomm Snapdragon 800-series SoC.

Moreover, the Geekbench website reveals the Galaxy M54 5G has model number SM-M546B. Under the hood, the device has a Samsung s5e8835 SoC.

This might turn out to be the Exynos 1380 chip, contrary to past leaks that suggest the phone will get a Snapdragon 888 SoC. The Geekbench listing shows the chip has four cores clocking at 2.4GHz. 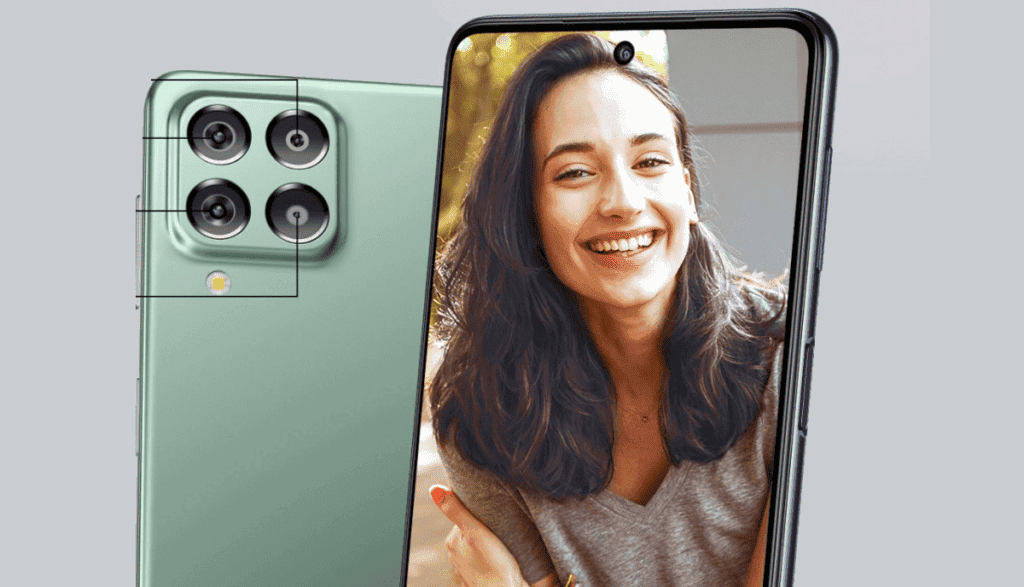 Also, it has four cores that clock at 2.0GHz. The Exynos SoC is integrated with a Mali-G68 GPU as well. The Galaxy M54 5G unit listed on the Geekbench site has 8GB of RAM.

Samsung will probably launch the Galaxy M54 5G with 6GB RAM as well. Moreover, it will probably ship with 128GB or 256GB of internal storage.

The handset might boot the Android 13 update out of the box with One UI 5.0 on top. Lastly, the Galaxy M54 5G gained 750 and 2696 in the single-core and multi-core Geekbench tests. 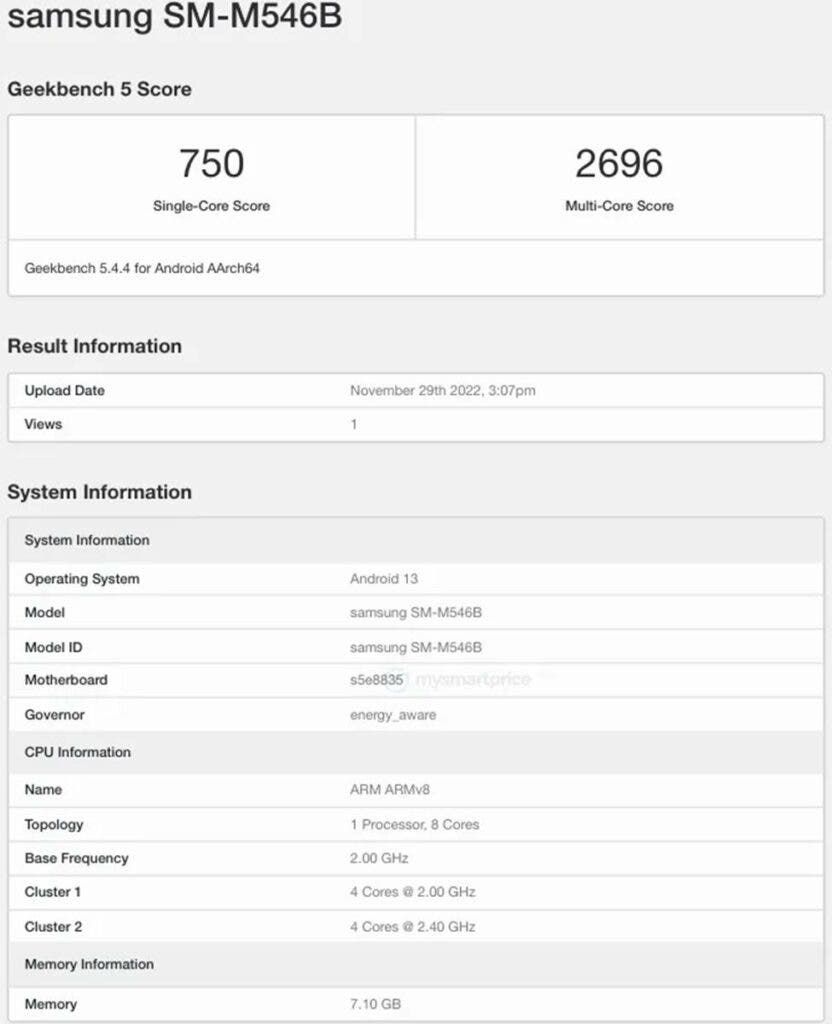 Regrettably, other details about the upcoming handset are still scarce. However, the Galaxy M54 5G could launch in India and other regions early next year.

Still, the Korean tech giant is still mum on its plan to unveil the next Galaxy M-series phone. More details about the Galaxy M54 5G are likely to surface online in the coming days.

Next iQOO 11 specifications confirmed in a new teaser