Microsoft has released an update that strongly urges users of Windows 10 computers with eligible configurations to upgrade to Windows 11.

Microsoft will make anything to get you to update to Windows 11. The most recent way is a Windows 10 update that users can access. In fact, a new update with the KB5020683 version number has been made available to them, which, when installed, provides a new OOBE (Out of Box Experience) screen.

This is a set of screens that appear as the computer turns on and that typically urge you to complete actions like accepting license agreements, connecting your computer to the internet, or even logging in with your Microsoft ID. 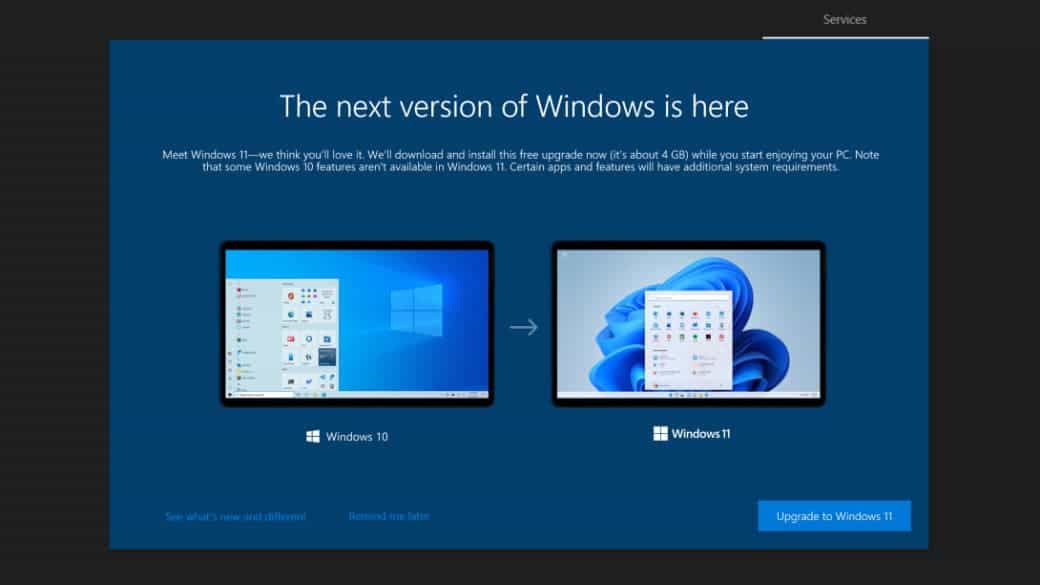 But this time, there is something unique about the OOBE screen. Indeed, Microsoft has opted to display a number of pages there to introduce Windows 11 and ask you to download and install the new version of its operating system (free of charge).

“On November 30, 2022, an out-of-band update was released to improve the Windows 10, version 2004, 20H2, 21H1, 21H2, and 22H2 out-of-box experience (OOBE). It provides eligible devices with the option to upgrade to Windows 11 as part of the OOBE process. This update will be available only when an OOBE update is installed”. explains Microsoft on the support page of its update.

Your computer must be running Windows 10 Home or Professional versions 2004, 20H2, 21H1, 21H2, or 22H2 in order for you to receive this update. Most importantly, your machine must be capable of running Windows 11. In other words, your Windows 10 computer must meet Microsoft’s requirements in order to install Windows 11. You shouldn’t be able to update if you don’t have a PC with a TPM 2.0 module. With at least an 8th-generation processor or Secure Boot support.

The OOBE displays will show up after installing the KB5020683 update. And offering you to download Windows 11 to update your computer.

Why does Microsoft insist that you upgrade to Windows 11? merely to get ready for Windows 10’s imminent end of support. On October 14, 2025, the operating system, which was launched in 2015, will no longer be officially supported. As a result, Microsoft will stop providing operating system updates as of this date. However, other versions of Windows will be retired first. Microsoft will formally stop supporting Windows 8/8.1 on January 10.

If you are one of the users running this OS, you have a short time left to update your PC. Or buy a new computer with the necessary specs for Windows 11 installation.