New information comes from the very respectable Ice Universe. The tipster has a very good track record, especially when it comes to Samsung leaks. Today, the tipster is not here to reveal anything about the Galaxy S23 series, instead, he comes with details for the upcoming S24 series. The tipster revealed some of the camera specs coming with the Samsung Galaxy S24 Ultra. As usual, we expect the Ultra to be the high-end phone in the next year’s flagship series.

Samsung Galaxy S24 Ultra will have no rival in zooming capabilities

As for the main camera, the tipster says it will likely remain the same. In the best scenario, we will see an update. As per the leaks, the Galaxy S23 Ultra will bring a 200 MP ISOCELL HPX shooter. So we may see this sensor again in the next year. As for the zooming capabilities, the newly upgraded telephoto shooter may push the Galaxy S24 series to new horizons. The Galaxy S22 Ultra already stands as one of the best smartphone cameras for zooming, we expect the S23 to push it forward, and the Galaxy S24 Ultra certainly will keep this tradition.

According to a report from SamMobile, there is a new telephoto module from LG Innotek. This telephoto sensor offers the same performance as conventional DSLR camera lenses. It makes use of a special technology that offers true optical zoom with not much loss in terms of details. The brand may plan to use this sensor on the Galaxy S24 Ultra. Another possibility is that it is developing a similar sensor. Regardless of that, we can expect the Galaxy S24 Ultra to impress with its zooming capabilities.

It’s too soon to talk about the specs, but of course, leaks will reveal them in the next year. Anyway, we can expect a new iteration of Samsung’s AMOLED screens, a possible Snapdragon 8 Gen 3, and hopefully, faster-charging speeds.

The next big thing comes in February

While the Galaxy S24 Ultra is just a promise, the S23 Ultra is almost materializing. The phone will keep the design of its predecessor and will improve the camera department with a new 200 MP main camera. Moreover, it will bring a large E6 AMOLED with up to 120 Hz refresh rate. Under the hood, the flagship will carry the Snapdragon 8 Gen 2 as there is no Exynos 2300 variant this time around (expect a comeback with the Galaxy S25 series). We also expect a 5,000 mAh battery with up to 45W charging. The phone will once again bring the integrated S Pen stylus. 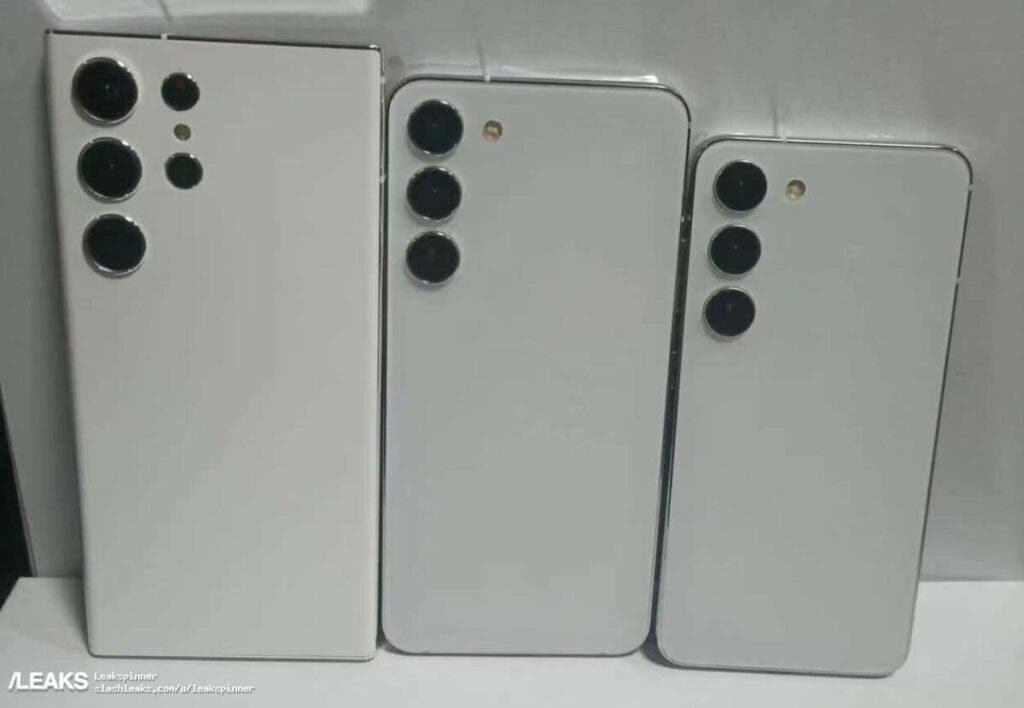 Interestingly, while the Galaxy S23 and S23 Plus will remain behind in specs, they will have the same design. Unlike previous years, the brand will bring these devices closer to the Ultra with the same design language that debuted with the S22 Ultra.

Galaxy S24: Get Ready for a Bold New Look!