We had only one answer for the question “what is the most powerful mobile?” for years: the most recent iPhone. Apple has raised the bar each year by creating its own chips, leaving Android makers far behind.

Mostly Qualcomm is to blame. It’s obvious that the manufacturer chose to take it easy and chose incremental upgrades rather than the revolution the sector sorely needed. So it’s appropriate that Qualcomm brings an end to this scenario.

Android smartphones will benefit from the new Snapdragon’s power 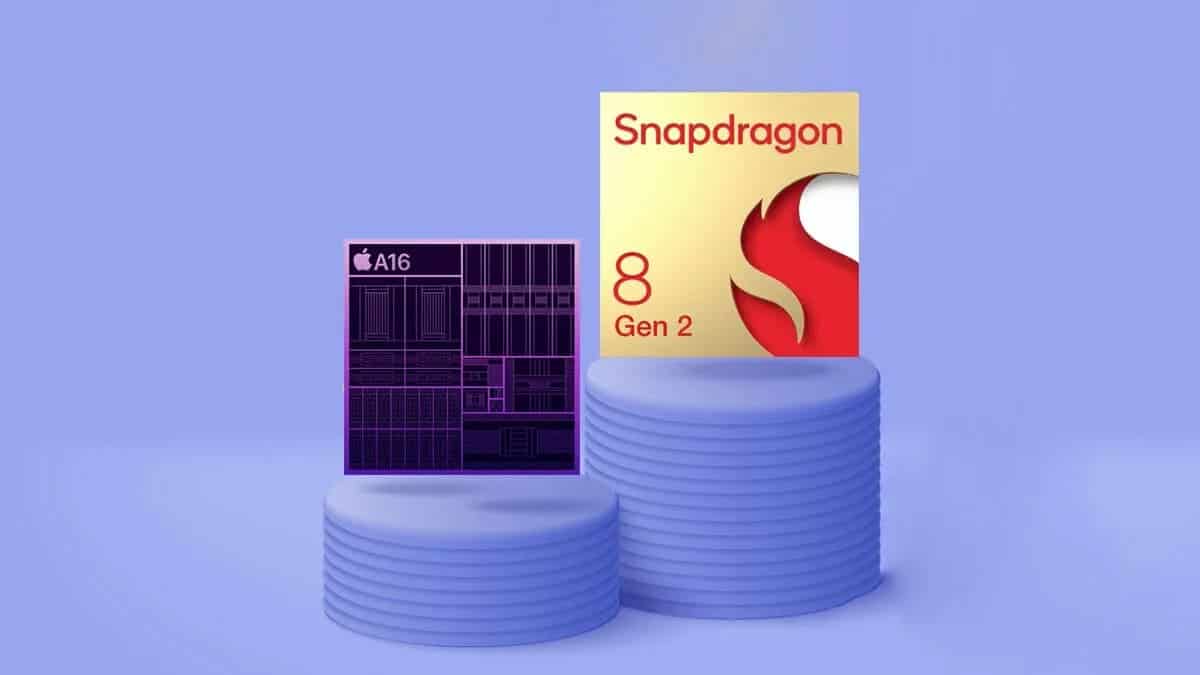 Thanks to the new Snapdragon 8 Gen 2, which was introduced last November, it appears that the top Android phones will finally be as powerful as the most recent iPhone models after all these years. The first smartphones running it are now available on the market, and initial reviews are excellent.

According to tests conducted on a Xiaomi 13 by @Golden Reviewer and posted on Twitter, the new Qualcomm processor offers a significant improvement over the Snapdragon 8 Gen 1 and even the Snapdragon 8+ Gen 1 chips, which increased efficiency in several areas.

Of course, you might be worried that this would result in shorter battery life and greater heat produced by the processor, but research reveals that despite being 10% more powerful, the Snapdragon 8 Gen 2’s most potent cores still operate at a rate equivalent to that of the 8+ Gen 1.

The most serious criticism that can be leveled at Qualcomm is that it appears to have concentrated primarily on improving those four “big cores,” which are activated when we need high performance, such as during demanding applications or video games. The efficient cores have hardly changed since the previous generation.

However, as Max Weinbach emphasizes, the crucial factor is that this power bump places Apple’s most recent chip within easy reach. Gaming should go quite smoothly because the Snapdragon 8 Gen 2 can rival the Apple A16 found in the iPhone 14 Pro in terms of GPU performance. It is roughly equal in terms of CPU performance.

The fact that the future appears promising may be the best development. Apple is rumored to be changing its strategy with the next generation iPhone, putting an emphasis on efficiency over power, and Qualcomm has an advantage with Nuvia, the chipmaker formed by former Apple workers that it purchased in early 2021 and will have an impact on its future chips. Therefore, it wouldn’t surprise us if Android phones soon outperformed iPhones in terms of power.

Previous OnePlus 11R design has been exposed once again

Next Microsoft prepares Windows 11 for foldable devices coming in 2023