The Galaxy S23 family of models that will launch soon can now be seen clearly in fresh high definition photos that have been leaked as part of the ongoing leaks about Samsung’s new line of phones.

These documents appear to be images taken from the Galaxy S23, S23 Plus, and Galaxy S23 Ultra for online retailers, as the SamMobile website noted, and they provide us with a fantastic picture of the potential design of the South Korean manufacturer’s upcoming flagship series. 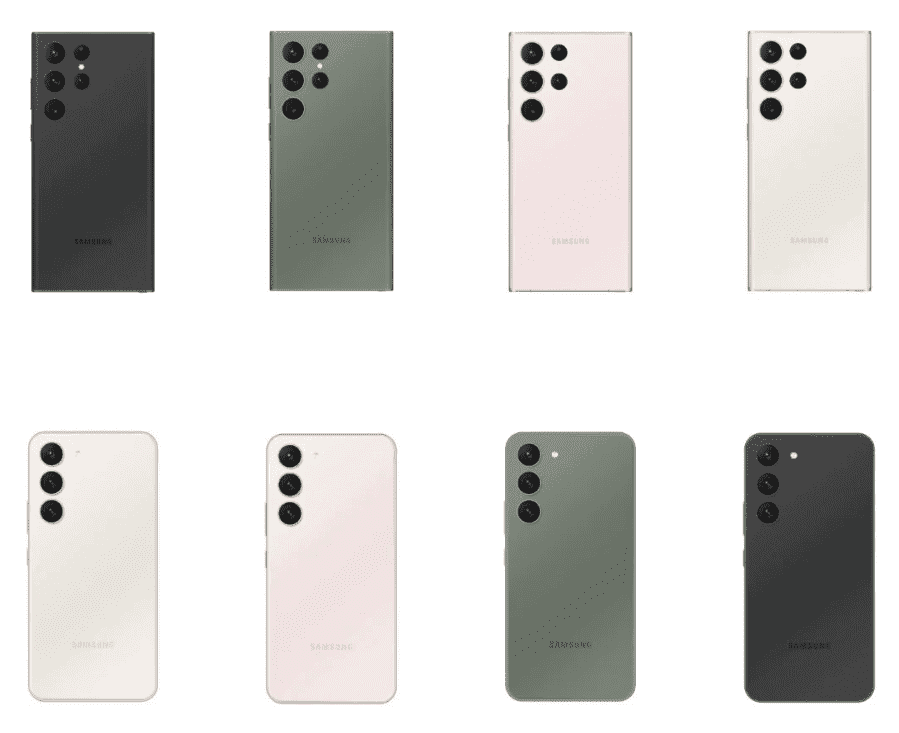 The Galaxy S23 and S23 Plus will reportedly have a very similar design, according to leaked documents. Because of its nicer rear camera arrangement, the Galaxy S23 Ultra has a more recognizable back.

The new series should differentiate itself from the old one despite the very slight design changes. The back camera would have been eliminated by the company in favor of a flat and tidy design.

Contrary to several earlier Galaxy S models that had bolder designs. And that many found not interesting, the handset now has a minimalist appearance. Thanks to the camera cutouts that now protrude slightly over the rear panel.

Once the devices are available, the new colors of green and pink are sure to attract a lot of buysers. The company hasn’t officially announced the date for Unpacked 2023. But rumors say it will happen in the first few days of February. Sadly, no images of the devices’ screens were available in public.

As the Samsung Galaxy S23 Ultra’s release date get closer, more leaks are beginning to appear. It’s now time for some information regarding the design of the device and its camera specs to surface in rumors. It’s important to keep in mind that both the device’s potential pricing and its battery saving features were subject to leaks.

The distinguishing characteristics currently relate to the materials that the most cutting-edge line of the South Korean company‘s brand used in its construction. For instance, the device must have aluminum frames. Like the ones the company started to provide in its most current folding product line.

Previous Android 13 to Bring a Much-Needed Feature to Spotify

Next Samsung Galaxy F04 sales will begin on January 12