The first electric vehicle from Xiaomi has been sighted driving around China. These are the company’s electric car’s first pictures ever. This car model doe not appear entirely, as you can see.

As you may be aware, Xiaomi announced the development of its first electric car more than a year ago. For the time being, we are aware that it will be an electric car with a 2024 release date.

Lei Jun, the CEO of Xiaomi, stated that the selling price would be less than $40,000. Xiaomi is a direct rival to Tesla and its Model 3. 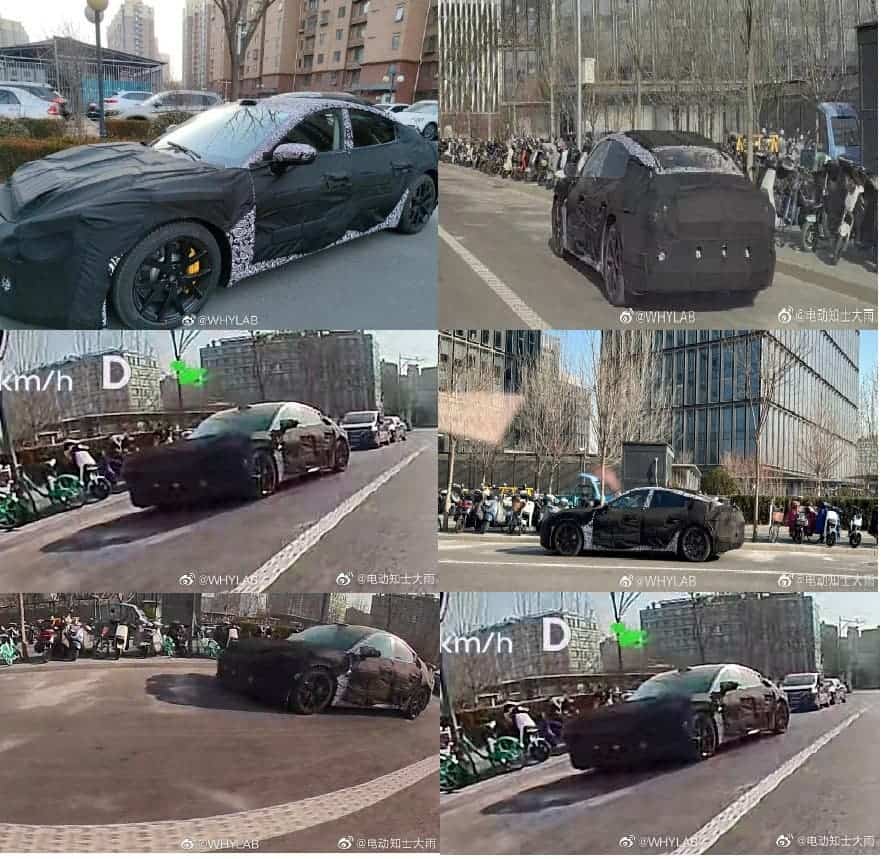 We currently know nothing about the car’s technical specs, other than the idea that it should have features for autonomous driving. The Chinese company plans to use the Xiaomi Pilot, a technology built by the company and based on LiDAR, to do this. Additionally, according to a report from the Chinese website 36kr in August 2022, the automobile would be able to travel 1000 km on its own with the help of a new Qilin battery created by CATL.

To date, though, Xiaomi has not revealed anything regarding its electric vehicle. However, a Weibo user recently posted some images of what appears to be Xiaomi’s electric vehicle in a fully camouflaged pre-production form.

“It is said to be a heavily camouflaged car of Xiaomi. With a lidar on the roof and a blind-filling solid-state lidar on the left side of the rear. There is a version with yellow brake calipers. The overall form of the car is somewhat similar to that of the Xpeng P7.″,  writes the author of the publication.

Recall that Xiaomi is not the only high-tech company looking to break into the electric vehicle sector. Sony unveiled Afeela, a brand-new electric vehicle created in collaboration with Honda, on January 5, 2023. At CES 2023 in Las Vegas, the Japanese company revealed the details of this ambitious initiative. Its mlay luanch in 2026, and the only information that has leaked so far about it is that it will be capable of level 3 autonomous driving.