After a series of teasers, the Razer Edge finally has an official launch date. The new portable console will debut in the US on January 26 in a partnership with Verizon. The console will sell in 5G and Wi-Fi versions, so it’s up to you to decide if you want a console to play with cellular connectivity, or if Wi-Fi is enough. The Razer Edge Wi-Fi will sell for $400. The company’s Founders Edition will bring Razer Hammerhead True Wireless (2021) earbuds for $500.

For now, the Razer Edge 5G will be exclusive to Verizon. This unit will sell for $600, but users can get it for $360 through a contract in which you’ll pay $10 a month for 36 months. You can also buy a 5G smartphone along with the console, and that will drop the Edge’s price to $180.

The Razer Edge comes as an alternative to the Nintendo Switch and Steam Deck. Of course, there are some limitations. For instance, the new console packs a Qualcomm Snapdragon G3x Gen 1 which is based on the Snapdragon 888. Since it’s a mobile device, you won’t get the same games as Steam Deck natively. The alternative is to use one of the many streaming services that will be available for the portable console.

The Razer Edge has active cooling, ensuring high performance during long gaming sessions. The CPU is paired with up to 8 GB of LPDDR5 RAM and 128 GB of UFS 3.1 storage, which is expandable via a microSD card up to 2 TB. The console comes with a Kishi V2 Pro controller and can be detached. One of the big advantages is the gorgeous 6.8-inch AMOLED screen with 2,400 x 1,080 pixels of resolution. It has a 20:9 aspect ratio and offers a 144 Hz refresh rate. Both the Nintendo Switch and Steam Deck have fairly-larger 7-inch screens. The Switch has an OLED, while the Steam Deck has a standard LCD. However, both consoles have only a 720p resolution and run at 60 Hz. 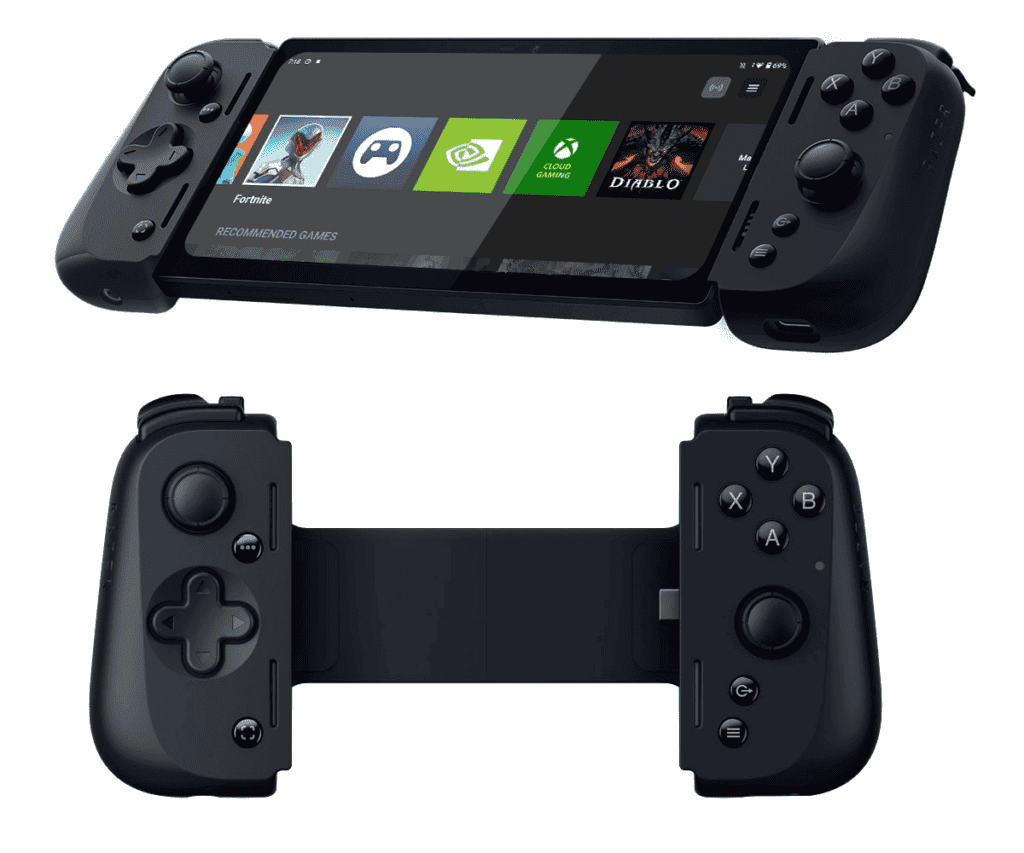 A powerhouse for Android gaming, cloud gaming, and emulation

Obviously, you won’t play AAA games natively like the Steam Deck. Also, if you’re a die-hard fan of Nintendo exclusives, then this isn’t for you. Still, you can enjoy streaming services such as Microsoft’s Xbox Cloud Gaming or NVIDIA GeForce Now to enjoy a lot of console titles. Moreover, talking about Android gaming, you can run anything on Google Play Store without issues. The Razer Edge is also an excellent device for emulation. There are dozen of emulations of classic consoles for Android, there are even Switch emulators out there.

In terms of connectivity, the Razer Edge is also an excellent choice. It comes with the faster Wi-Fi 6E standard and 5G supports both sub-6Ghz and mmWave. The console has almost no latency in all scenarios to reduce the lag to zero. Moreover, it comes with Bluetooth 5.2 and a 3.5 mm audio jack, allowing you to use wireless or wired earphones. The console also has native audio thanks to 2-way speakers with THX Spatial Audio. There are 2 microphones for voice chat and a 5 MP front-facing camera for video calls (?). 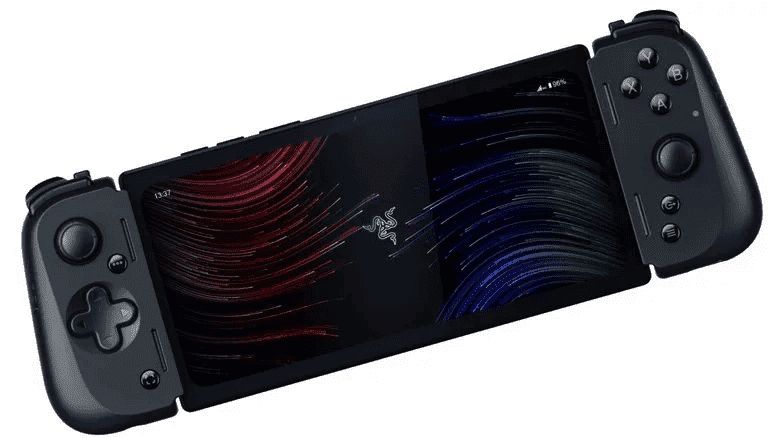 The Razer Edge draws power from a 5,000 mAh battery. This would be great for a smartphone, but we don’t think it’s much for a handheld console. Razer could have been more generous in capacity, offering 6,000 mAh, 7,000 mAh, or even more. Again, it’s a device that will be used only for demanding tasks that will draw juice. The device weighs 264g without the controller and 540g with the controller.

We expect Razer to give more details about availability across global markets soon. Hopefully, other regions will get both Wi-Fi and 5G versions, and without carrier exclusivity.