Microsoft planned for years the introduction of a dual-screen device. I can easily recall how many articles I’ve written about patents pointing to the launch of Microsoft products with two displays separated by a hinge. After many years of speculation, Microsoft introduced the Surface Duo. At the time of this release, it was a “weird” product with some lackluster aspects. The fact is that Microsoft lost the opportunity to innovate with the Surface Duo series. The dual-screen phone arrived at the same time when Samsung was consolidating the segment of foldable phones. Microsoft stuck with its dual-screen idea for a second row with the Surface Duo 2, but now, the giant is giving up and preparing a true foldable Surface Duo 3 to compete with the likes of the Samsung Galaxy Z Fold series. 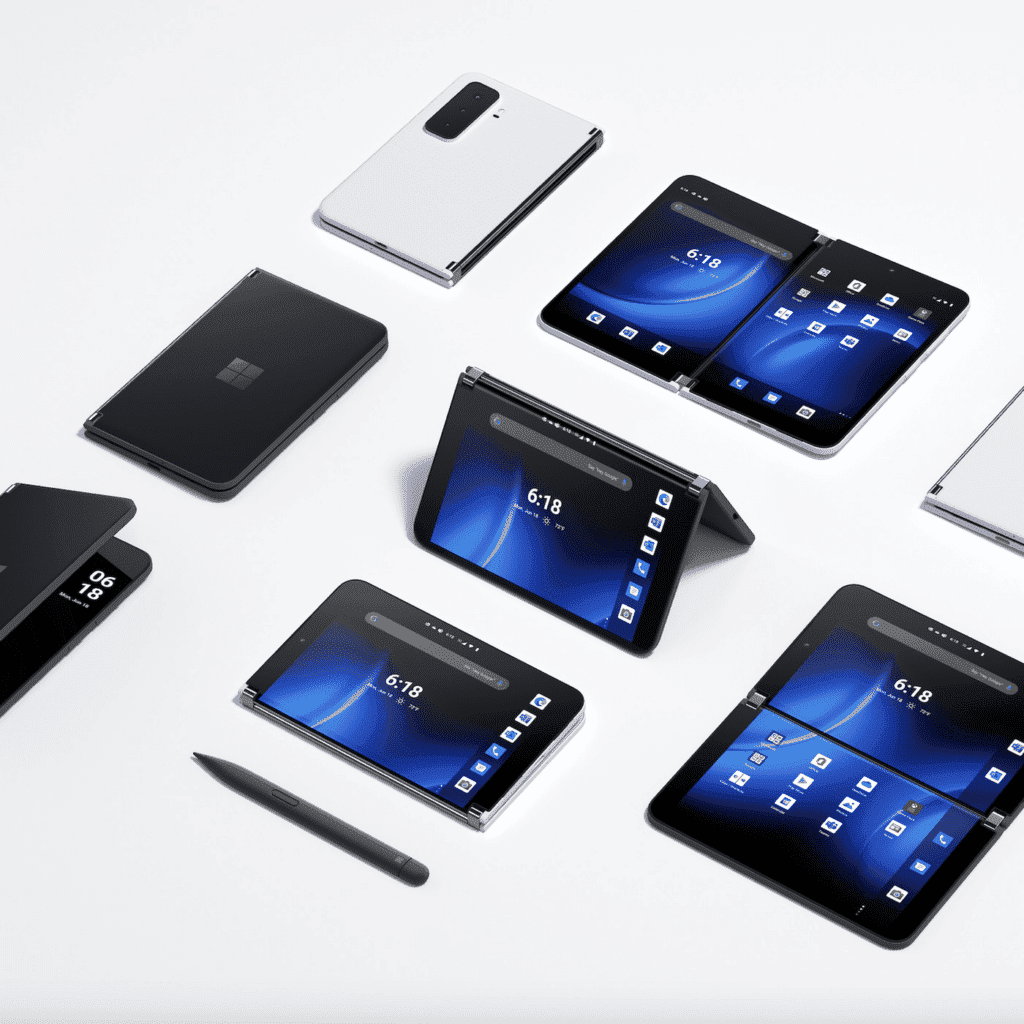 According to “sources familiar with the matter”, Microsoft is preparing the Surface Duo 3 to compete with the likes of Samsung and its Galaxy Z Fold series. There are a lot of other brands in the segment, but the global market is pretty much under Samsung’s belt. In the near future, other big techs will join the segment like Google and Apple.

The new report says that the Surface Duo 3 will have a foldable inner screen, and a flat outer screen. The device entered the development and testing phase. Moreover, it says that the big tech was planning to make the Surface Duo 3 a dual-screen device. It would bring narrower and taller edge-to-edge displays. The design was pretty much done, but in a last-minute “flash”, Microsoft decided to enter the foldable scene.

Microsoft should stop “trying to be different”

Honestly, this seems like the right decision for the giant. The company needs to stop “trying to be different. It tried to be different in the smartphone scene with the Windows Phones, and that ended up as a big fiasco. Hopefully, the Surface Duo 3 will be a valid competitor for the likes of the Galaxy Z Fold series and Pixel Fold, rather than just a strange concept like its predecessors. There are already renders that give us a clue about the Surface Duo 3 design.