SellCell took a look at tech depreciation and created a great report revealing the least and most devalued high-tech devices, including smartphones, tablets, and smartwatches.

It’s no secret that technology loses value over time, and as new technological advancements are made constantly, it can be difficult for an old device to keep up with newer releases.

Technology depreciation is an unpredictable game – sometimes the products that lose value fastest are the ones least expected, and sometimes the underdog wins out.

To reveal depreciation levels for tech products through 2022, phone and tech exchange comparison site SellCell has compiled a report on device depreciation through the end of 2022.

SellCell compared data from devices from Google, Samsung and Apple, with a range of other technologies, including tablets, smartphones, game consoles and smartwatches.

The biggest winners of 2022 (devices that have the most value)

In most categories, Apple was the clear leader. On average, iPhone depreciation across all models was around 68.8%, down from 58.7% in January 2022. Similarly, the iPad experienced an average loss of 67, 9% in December 2022.

Unfortunately for Samsung, the same cannot be said for its smartphone models, with the average depreciation of all models being around 84.2% by December 2022. In January 2022, this figure was already high at 76, 4%. Samsung tablets have also seen an 84.3% drop in value by December 2022.

Similarly, Google’s Pixel line of phones saw an average depreciation of 89.5% through December 11, 2022.

Interestingly, smartwatches in general saw significant depreciation regardless of manufacturer, with Apple Watch models losing around 83.3% of their launch price and Samsung smartwatches seeing an 87.9% depreciation.

Game consoles experienced the lowest levels of depreciation of any technology compiled in the report:

The COO of SellCell.com, Sarah McConomy, commented on the report’s findings :

“Technology in general tends to lose value relatively quickly, as new models of smartphones and tablets come out all the time and each improves on the previous generation with additional features and higher specs. With the high demand and popularity of Apple products, it’s no surprise that they have come out on top in most categories this year.” she says. 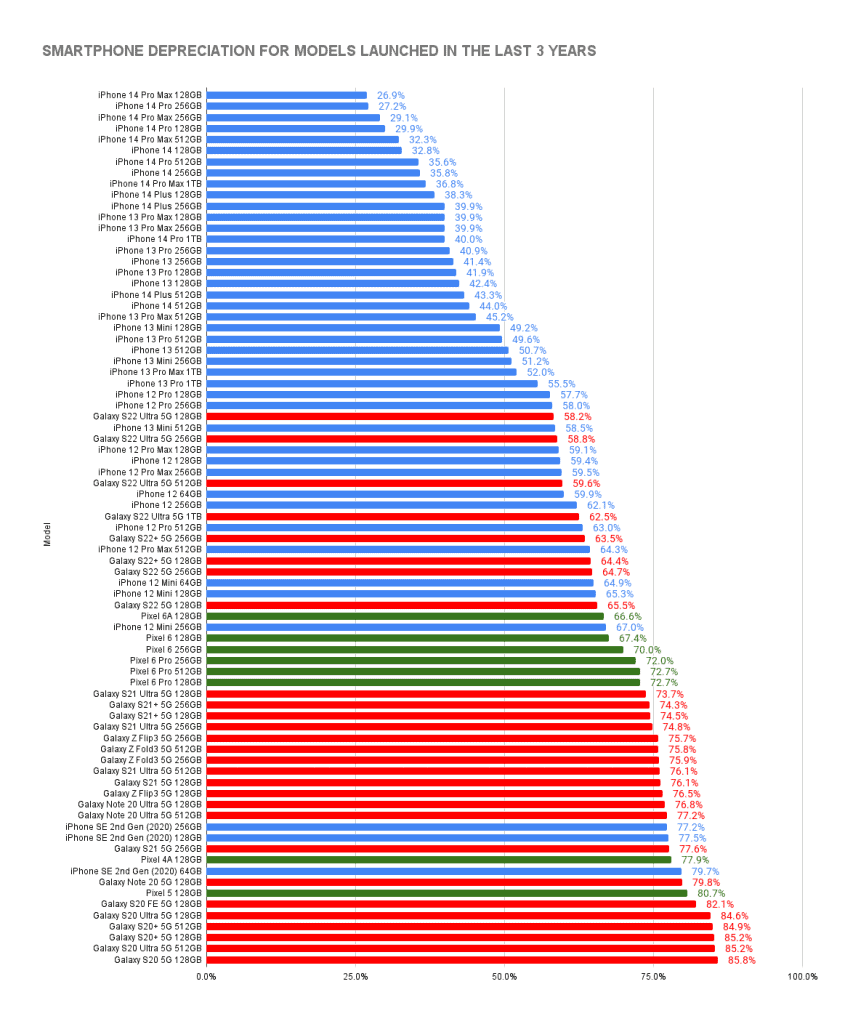 Next Artificial intelligence could surpass that of humans later this decade