Panic at Samsung has caused some Galaxy S23 units to reach customers before the official launch, and as a result, we have got to a number of unboxings on social media, including one in video.

The Galaxy S23 will be officially unveiled one week from now, on February 1, 2023. However some vendors have already started selling the smartphone. A Twitter user going by the nickname @edwards uh was able to get a Galaxy S23 Ultra, specifically in Nicaragua, and he did not think twice to unbox it on a video.

Samsung will redesign its box for this new generation, as you can see. The packaging of the S23 now shows the design of the contained device rather than a huge “S23” alongside the name of the smartphone, as on earlier editions. Samsung is not including the charger once more this year, users must buy it separately. In addition, we want to inform you that the S23 will only support 10 W wireless charging. Down from the previous generation. 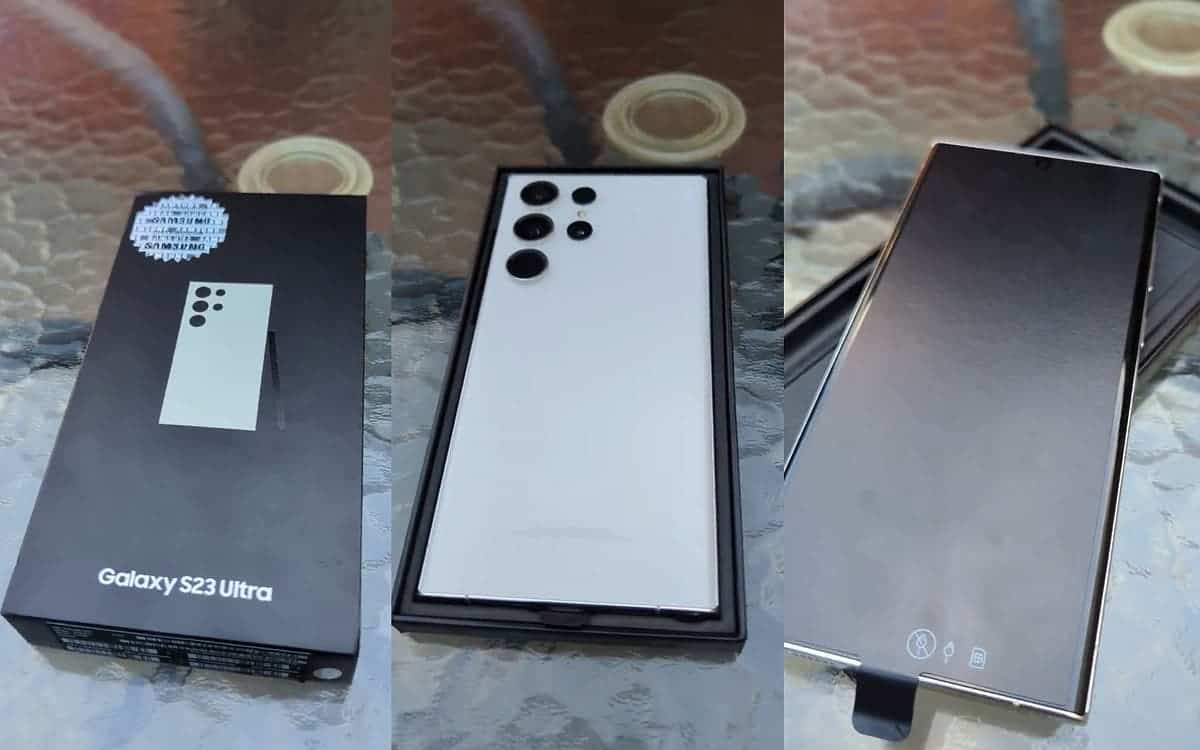 The Galaxy S23 Ultra looks remarkably similar to the Galaxy S22 Ultra when @edwards uh first takes the phone out of the packaging. Because of this, it will be challenging to distinguish between the two devices at first glance. Though Samsung has nonetheless made minor adjustments.

The rear cameras are now slightly larger. But more importantly, they are well delimited thanks to silver frames around each sensor. Samsung also chooses a slightly flatter design at the screen level, which reduces the panel’s side curvature. Consequently, the smartphone might feel less comfortable in the hand. But it should appeal to people who do not really like screens that are very curved.

Additionally, @edwards uh shared several photos taken directly by the smartphone. We can clearly observe that Samsung has significantly enhanced the zoom. On the Galaxy S22 Ultra, a photo taken at 30X will be roughly of the same quality as one taken at 20X.

Next Sony will launch the PS5 Pro in April 2023 with liquid cooling!