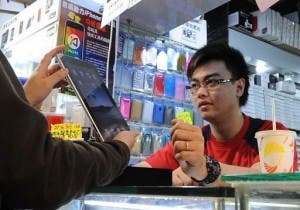 Local media are reporting that China Unicom have won the very lucrative rights to officially sell the iPhone 4 and iPad on China’s mainland from as early as next month! China Unicom were the first to launch the 3GS in China earlier this month and surprisingly demand outstripped supply for their Beijing store who were selling the last generation iPhone for 3999RMB 1000 yuan cheaper than the official list price.

Both the iPhone 4 and iPad are currently available on the grey market with iPhone 4’s costing anywhere from 5000RMB to over 10K!! iPad’s start at around 4600 RM, 800 yuan more than the retail price in Hong Kong where it was officially released earlier this year.

No official time table for release or pricing details have been released, but we will publish them as soon as we find out!

Previous Chinese Builder Recovering After Hammer in the Head!