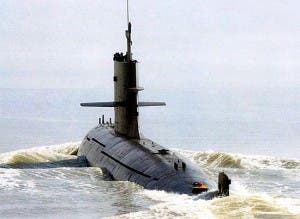 China’s self developed manned submarine successfully reached a depth of 3759 meters with a full crew on board.
This marks the first time a Chinese submarine has ever reached the staggering depth, and makes China the 5th country do do so behind the United States, Russia, France and Japan.
The record breaking dive lasted 9 hours and 3 minutes at depths of more than 3000 meters, but they’re not done yet! The submersible named “Dragon” has actually been designed to reach depths of up to 7000 meters, meaning the only way is down for the Chinese Navy and it’s new breed of subs.