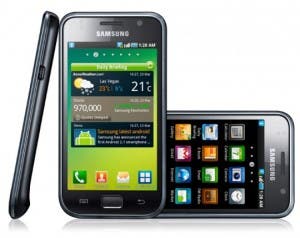 Samsung were certainly late entering the Android race, but they are certainly making up for that late start now. The flagship Galaxy S is already doing amazingly well with 3 million handsets reportedly sold to date, now Samsung have announced the Galaxy will launch in China within the next 2 months.
Unlike most cell-phone makers Samsung has decided to launch the Galaxy on all 3 top Chinese cell phone carriers! A lesson other phone makers may want to follow.
Each of the 3 carriers will get slightly different versions of the same Galaxy S device, just as Verzion has with its ‘Facinate’ version.
The China Telecom version of the phone, the SCH-I909, will support both CDMA and GSM networks for roaming. The China Mobile Galaxy will be known as TD-SCDMA and will support CMMB mobile TV and use the carriers own Android based software platform, Ophone 2.0.
China Unicom seem to have left their GT-I9008 model as is, meaning it will be more like the Samsung Galaxy that buyers in the west have come to know and love.

Next Apabi e-book App for iPad