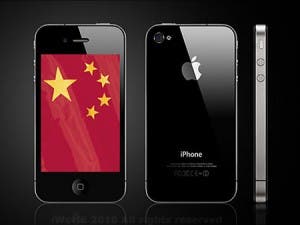 The iPhone 4 is still flying off the shelves in China despite grey import models getting a price drop, a one per customer sale rule and a pre order system being set up to stop scalpers getting their greedy hands on them.
The rate of sales has even surprised Apple who now seem to be rethinking their China strategy. The change, according to sources at Deutsche Bank, is said to steer Apple away from dealing with just China Unicom, and instead allow the iPhone 4 to run on all major networks including China Mobile and China Telecom.
As the competing carriers run on different radio networks it is rumored a dual radio iPhone 4 will be release in the coming months allowing customers to use their iPhones on either CDMA or GSM networks.
If this is true this would give Apple access to the largest network (based on users) in the world, China Mobile.

Next Shuttle All In One PC is Truly Portable