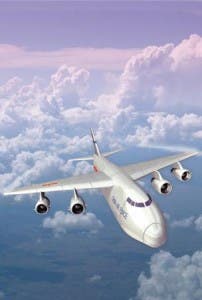 China are really setting the transportation industry alight. First they introduce the traffic straddling bus concept, then they smash records with their high speed rail network and now they’re looking to the skies!
Currently most of the Jumbo Jets in use are made by either Airbus and Boeing, but this is all set to change and as soon as 2014 when the C919, China’s first locally made Jumbo Jet is set to take flight.
The name comes from a mixture of national pride, Chinese culture and the Jumbo’s tech specs. The C standing for China, 9 meaning ‘forever’ and 19 for the 190 seats on-board the Jumbo.
The C919 designed by China Commercial Aircraft Corp is a new generation jet which is said to have jet engines superior to those on the  Boeing 737, meaning better performance, emission and comfort.