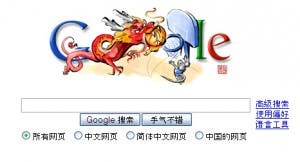 Google China are in the news again this week this time because 7 of it’s Chinese advertising partners are planning legal action against the search giant.
The 7 ad-resellers claim that Google owe them compensation for loss of earnings due to the company redirecting it’s home page from Google.cn to Google.hk earlier in the year. The companies also plan to get reimbursed for loss of earnings due to Google prematurely canceling it’s 7 contracts, although the company says it is doing so in a lawful way. Credit Susie estimate the contract termination will cost Google 1.5 billion yuan ($226 million) which is roughly %40 of Google China’s yearly profits.
Other complaints from the ad agencies are over alleged bribery and corruption coming from the Google China offices located in Beijing.

Next 4G Coming To China