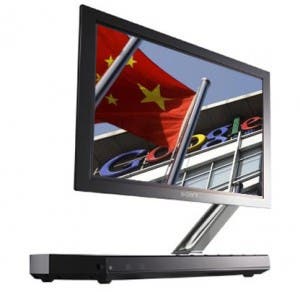 Sony are bringing Internet TV to the masses but, will China be getting some Google Internet love? Possibly.

Yoshihia Ishida a Sony Exec stated that the unstable relationship between the Chinese government and Google may cause a few difficulties launching the service. However the idea of Google TV in China hasn’t been ruled out and both Google and Sony plan to bring the jointly developed system to China as soon as they can, which could be mid 2011!
Google TV enabled flat screen televisions were released in the U.S last week costing from $600-$1400.

Next Cute And Creepy Ways To Charge Your Phone