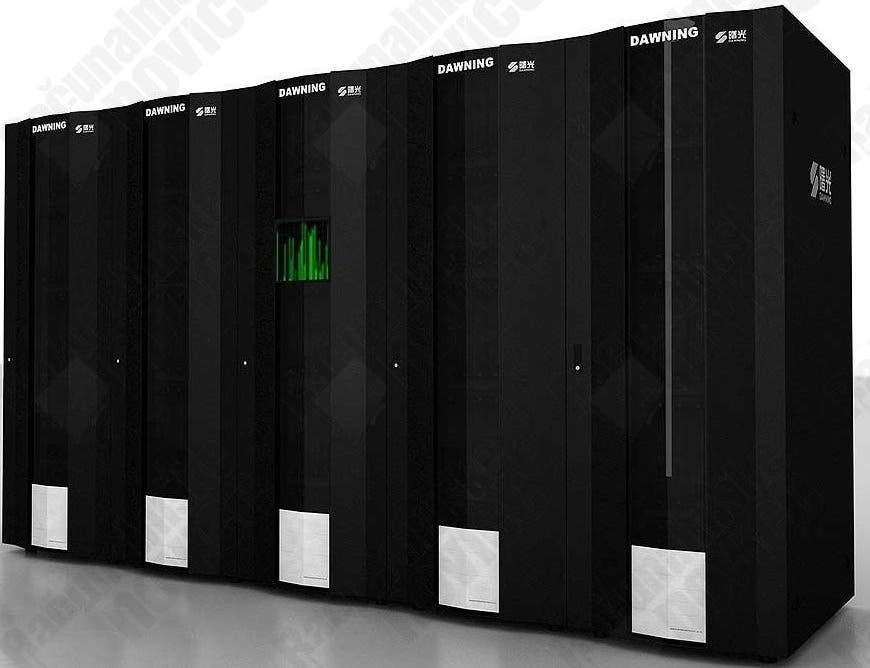 China’s Dawning 6000 super computer is nearing completion and when it is finished, sometime next year, it is likely to rank in the top 500 super computers in the world.
Although it doesn’t sound too impressive to be ranked in the top 500 (how many super computers can there be?) The Dawning will be doing so using China’s own Loongson or “Godson” processors, a CPU which last saw light of day in the 90’s only to be pushed out of the computing game by Intel.
Most current super computers use thousands of consumer level processors from either Intel or AMD. Each CPU is clocked at around 2.5 Ghz or higher and once joined in tandem these little electronic brains can work on difficult computations in a matter of seconds. The Dawning’s cluster of CPU’s will only be clocked at 1Gh/z which is the same power as the Apple A4 chip in the iPad I’m typing on now!
It’s not about big numbers when making a fast computer though and Chinese computer engineers from China’s Institute of Computing Technology (ICT) and the Chinese Academy of Sciences believe that the Loongson with it’s unique MIPS architecture will have more than enough grunt to take it to the big boys.