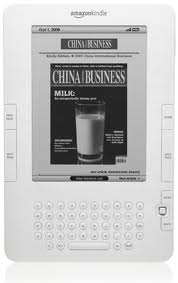 Shanda Literature CEO has spoken out against Amazon’s Kindle and the rumors about a China launch. As expected from an ebook rival Hou Xiaoqiang said Amazon’s Kindle would fail to grab a significant market share in China and would ultimately fail.
Although his opinion of the Kindle coming to China isn’t surprising he did give some good reasons as to why the Kindle would fail, piracy and competition from Chinese made ebook readers (there are already fake Kindles available in China) being the main reasons.
It is still unclear if Amazon will bring the Kindle to China. Chinese media reported the Kindle would launch earlier this year, a report which was later denied by the online giant.
Maybe these heated words will be enough to challenge Kindle to come to China and prove them wrong.