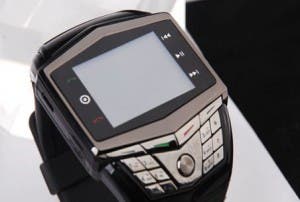 Back in the 80’s the idea of a watch acting as a phone, camera and music player was the stuff of dreams. Or did it just seem cool as I was only 7 years old and was going through my James Bond 007 fad?
Technology has come on leaps and bounds since I watched those spy movies at that oh so impressionable age, and so have my feelings toward watch phones! 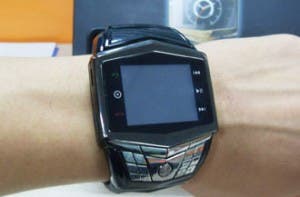 This rather bulky but surprisingly comfortable ‘Smart Watch’ packs all the features a 7 year old spy wanna be could ever want.
There’s a phone so I can talk in to my watch like Dick Tracy and not look suspicious at all! Listen to music through the MP3 player, just in case those underwater missions in a Lotus Esprit submarine take longer than planned. 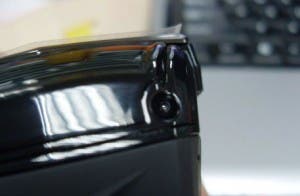 Best of all I can take sneaky spy shots with the 2 mega-pixel camera. 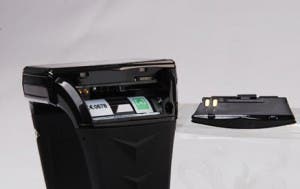 The battery isn’t built in but a removable item, which means I can carry a spare (I have a feeling all though functions are going to take there toll on battery life) Removing the battery also gives access to the SIM and Micro SD card slots.
Despite all those ‘Awesome’ features, I have a nagging feeling that it just seems a little tacky! Perhaps my 4 year old thinks it’s cool?

Previous WM iPhone 4 Clone: All Show and No Go