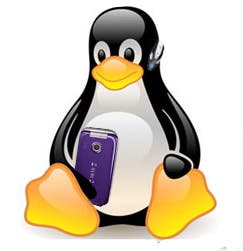 China Unicom seem to have it all. They have the iPhone 4 and soon iPad 3G. They’re forcing their major rival (and current worlds largest mobile phone operator) China Mobile to play a game of catch up, and now Unicom have their own smart phone up their sleeve!

The uPhone (U for Unicom) will run a ‘totally new’ operating system based on the popular open source Linux platform, and is currently being jointly developed by Okwap, Huawei and ZTE corp.

China Unicom launched their Wostore online mobile application store earlier this month, which marked the first time ZTE and Unicom have teamed up. The uPhone is the second venture for the duo.

Details on the uPhone are sparse but expect a low end smart phone from China’s No. 2 operator, with its sights squarely targeted at Lenovo’s Lephone rather than an iPhone competitor.

Previous Genuine White iPhone 4 On the Grey Market in China!

Next Are These Grainy Images of the PSP 2?