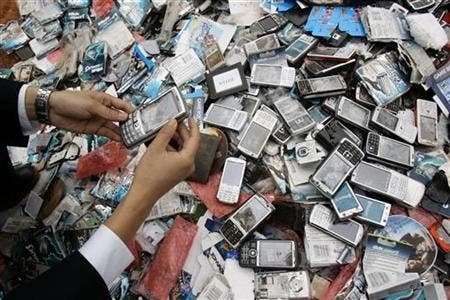 Sounds like the chaps at Beijing Customs had some fun yesterday afternoon smashing up more than 10,000 counterfeit phones.
The imitation Nokia, Sony and Samsung phones were confiscated mainly in 2009 and will now be recycled in to new materials.
Beijing’s Custom officers have seized roughly 6.5 million counterfeit goods ranging from phones, memory cards, clothing and even watches and cigarettes in only the past 5 years.

Previous Meizu M9 Will it Or Won’t It Launch Internationally?