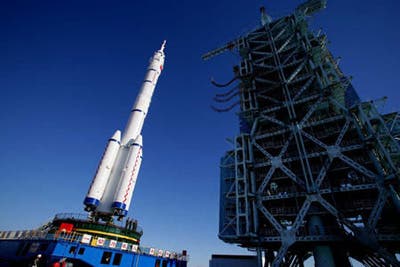 China is planning to generate interest in space sciences with a younger audience by opening a Space themed amusement park at the Wenchang Satellite Launch Center.

The 120 hectare park will be split in to earth, moon, Mars and sun areas and visitors will even access parts of the actual launch station and have a chance to witness real satellite launches!
The park costing 3 billion Yuan ($455 million) is expected to be completed in 2013. The first launch will from the new Wenchang Satellite Launch Center and Theme Park will also be 2013 when China plans to launch it’s first Lunar Probe.

Previous Enta iPad Case Can Sill Hold Your iPad Even After A Good Kicking!