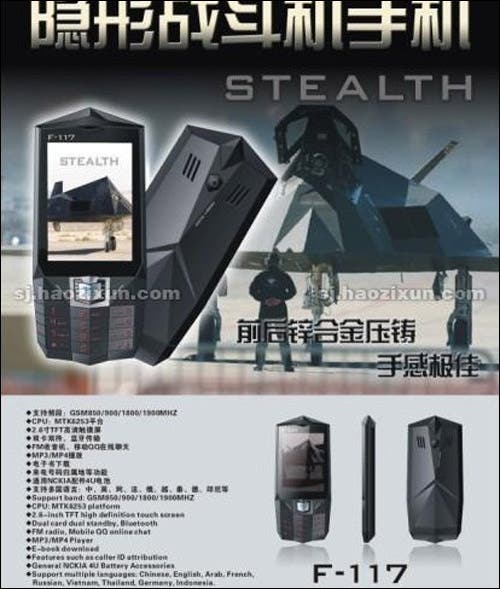 I’ve seen some really ugly Shanzhai phones this year, but this F117 Stealth Fighter inspired phone really has been beaten on with the ugly stick. 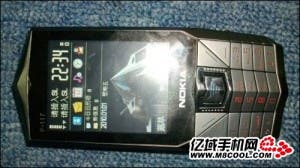 From the front the phone has the look of one of the mega expensive Vertu phones crossed with the Decepticon symbol. 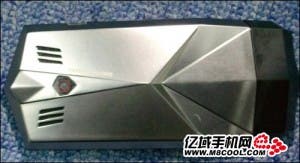 From the back it looks like someone tried there hand at Origami without first practicing the fine are of paper folding or having a creative bone in their body.

Under the skin we fend a rather simple phone with 2 mega-pixel camera, dual sim card and FM radio! Awesome!

The worst thing about this phone is that despite its radar wave bouncing qualities it’s still unable to repel the looks of pure disgust you’ll get when you pull this thing out of your pocket!
Best pick one up for the in-laws for Christmas!