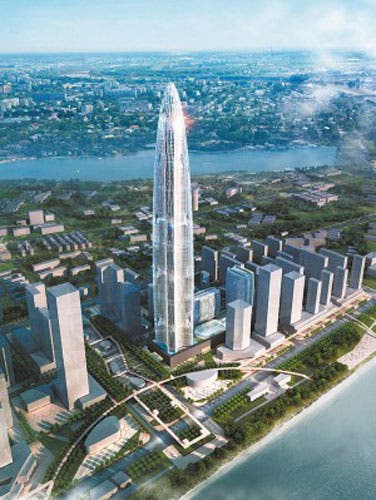 When building a huge tower who on earth decides ‘I know! I want my city to be known as the place where the 3rd largest tower is!’ Really? The third largest?
Anyhow, a groundbreaking ceremony took play in Wuhan City in Central Hubei on Wednesday where the 606 meter 30 billion Yuan ($4.5 billion) Greenland Tower will soon begin construction.

The tower, which is being made by Shanghai based Greenland Group, is planned to be the third largest skyscraper in the world behind the 800 meter Burj Khalifa in Dubai and the 632 meter Shanghai Tower in Shanghai.
China currently has 15 of the tallest buildings in the world with completed or under construction.
The Greenland Tower is expected to be completed in 2014.

Previous The M2 Tablet Is After the iPad’s Lifestyle Cred!