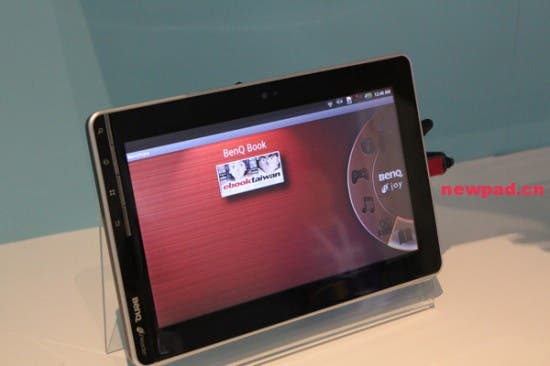 Taiwanese electronics company Benq are readying the launch of its new line of tablets for 2011. The first model planned for launch is this 10 inch tab called the PC R100 gets a 833 Mhz Samsung ARM based CPU, 4/8Gb of internal memory plus the usual array of ports and plugs for SD cards, USB’s and HDMI.

Join GizChina on Telegram
The O.S is expected to be 2.2 which we imagine will get a fairly early 2.3 updated.

The real standout feature is the battery life, which is a claimed 12 hours! Price and launch date are unconfirmed but expect the R100 on U.S shelves early next year.

Previous Didn't Get a Chrome CR-48? Then Buy One!

Next Lenovo LePad Finally Leaks Out