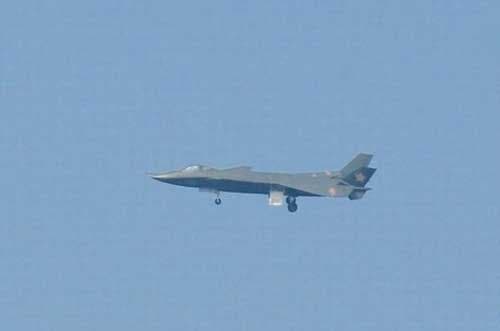 China’s J-20 prototype stealth fighter reportedly made its first test flight earlier today. The 15 minute long flight lasted from 12:50-13:05 and was held over the air above Chengdu city.

Despite the fighters cutting edge design and stealth, radar dodging capabilities the J-20 has been having trouble avoiding aviation fans cameras. This is the second time images of the not so secret fighter have leaked on to the web in only a matter of weeks!