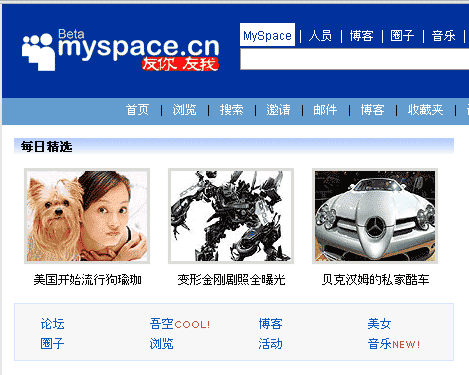 Two thirds of the total MySpace.cn staff have were laid off last month and several of the executives have also left their posts.

The layoffs began last month, report local media, and the number of staff now without jobs in China totals more than 30.
MySpace had previously announced a large-scale layoff plan which many involved staff from it’s U.S offices, but now it seems international staff may also be at risk of loosing their jobs.