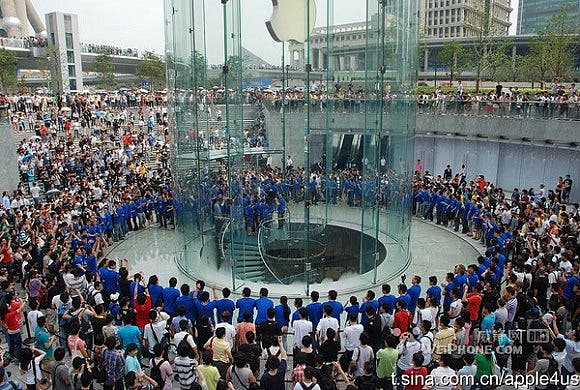 Apple’s first quarter earning for China have quadrupled! Pretty amazing considering there are only 4 Apple owned and ran stores across the nation!

After posting these record breaking figures Apple have announced they will open at lease another 21 stores within in the next two years!

Most of the growth in sales has come from iPhone 4 sales, which continues to sell out on a regular basis.

According to Apple’s financial report released on Jan 19, the company’s first quarter net profit hit a record high of $6 billion, a 78 percent year-on-year increase. Apple has sold 16.2 million iPhones and more than 7.3 million iPads during the quarter.

Next Shenzhen GS3O Tablet Taking It To The iPad This March!