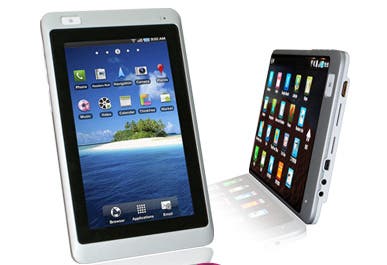 UDO digital, a company you’ve probably never heard of, are about to become one of the first companies to make a 1.6 Ghz Android Tablet! What’s more it will run Android 2.3!

Details are scarce other than the tablet will run the latest Android offering on a 1.6Ghz (we just hope this isn’t going to be an Atom processor), and that testing of the device is going to start after the Chinese Spring Festival celebrations!

The details we’re sent to us via email from one of the companies reps, but rather than hyping it up, just casually mentioned that UDO could be the first to offer a 1.6Ghz Android Tablet with 3G!

It’s always the quiet ones!