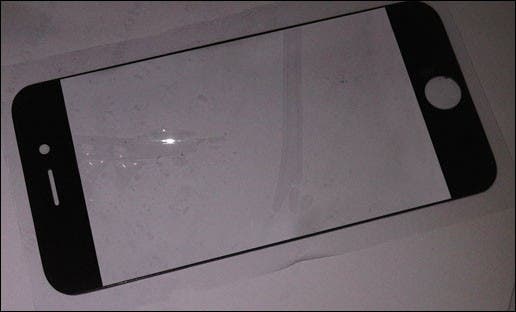 Well if this is actually the new touch screen for the iPhone 5 it looks like we’ll be in for more of a slight tweak in styling rather than a hole new radical design when the next generation iPhone arrives.
The overall appearance of the screen hasn’t changed much when compared to the iPhone 4’s screen, with the only notable difference being that the new border around the new screen is much thinner meaning we’re going to see a lot more screen real estate on the new iPhone’s retina display.

Other rumors claim the iPhone 5 will get an Apple A5 dual-core CPU, will support both GSM and CDMA and could possibly even have a built in sim card.

Next Evidence Points At Android Apps on Blackberry Devices