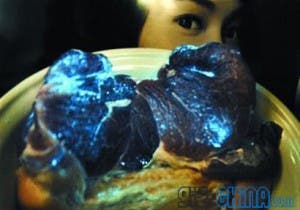 A resident of Shanghai named Miss Chen got the shock of her life a few days ago after discovering the portion of pork meat that she had bought emitted a blue glowing light at night! 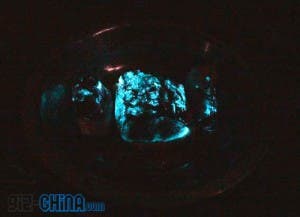 The lady had bought the meat at a local market in Shanghai and had used some to make dumplings which she and her family had eaten before going to bed. In the night Miss Chen woke up to use the bathroom, this is when she discovered the pork actually emitted a blue light.

The blue glow is thought to come from a bacteria growing on the meat, and local officials stated that the meat was safe to eat once properly cooked.

This isn’t the first time blue glowing pork has been found in China. Last year a number of residents in Changsha City reported the same phenomenon.