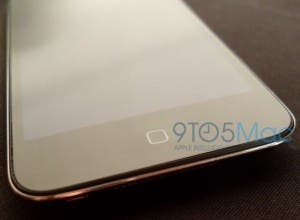 Real of fake these images are not only much better than the one’s we previously posted, but are also pretty interesting.
If this is in fact a real iPod Touch 5, it looks like it will get the exact same external appearance as the current iPod Touch 4, expect it will get a capacitive home button instead of a physical one.
This ‘touch’ area could bring with it a lot more user input options over the standard physical button, in much the same was as HP’s Palm Pre phones and the upcoming Blackberry Playbook do with their ‘smart bezels’.

Under the hood we expect there will be the same A5 CPU as what is found in the iPad 2, and most likely iPhone 5. We also hope the iPod Touch 5 will get improved camera specifications this time around, and if it get built in GPS we’ll personally buy one!