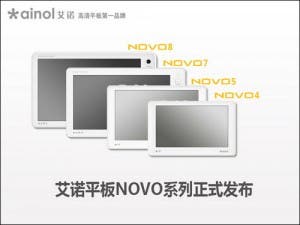 A few months ago tablet maker Ainol showed off their planned Novo concept tablet in all its splendid shiny white, Honeycomb packed glory.
Since then though Google have announced that Android 3.0 won’t be released just yet and so Ainol have had to slap in a copy of Android 2.2 on the new machines, which come in 4 sizes ranging from 4 – 8 inches. 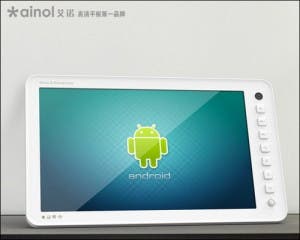 The Novo 8 also gets a front facing web camera, and a track ball for navigating menus.

Pricing is still not certain yet, although we expect the 7 inch resistive screened version to cost approximately 1000 Yuan ($153).

We’ll publish more when we get the full details.

Next China’s Online Game Market Worth $8 Billion By 2014